Magento to Shopify: the Brands that Replatformed

Upgrading from Magento to Shopify Plus is one of the most common replatforming routes in e-commerce. Here’s a list of brands from all sorts of industries that have made the leap and are now reaping the benefits.

First up, is London-based Astrid & Miyu. Since we replatformed the contemporary jewelry brand from Magento 1, we’ve continued to push their growth on Shopify Plus. 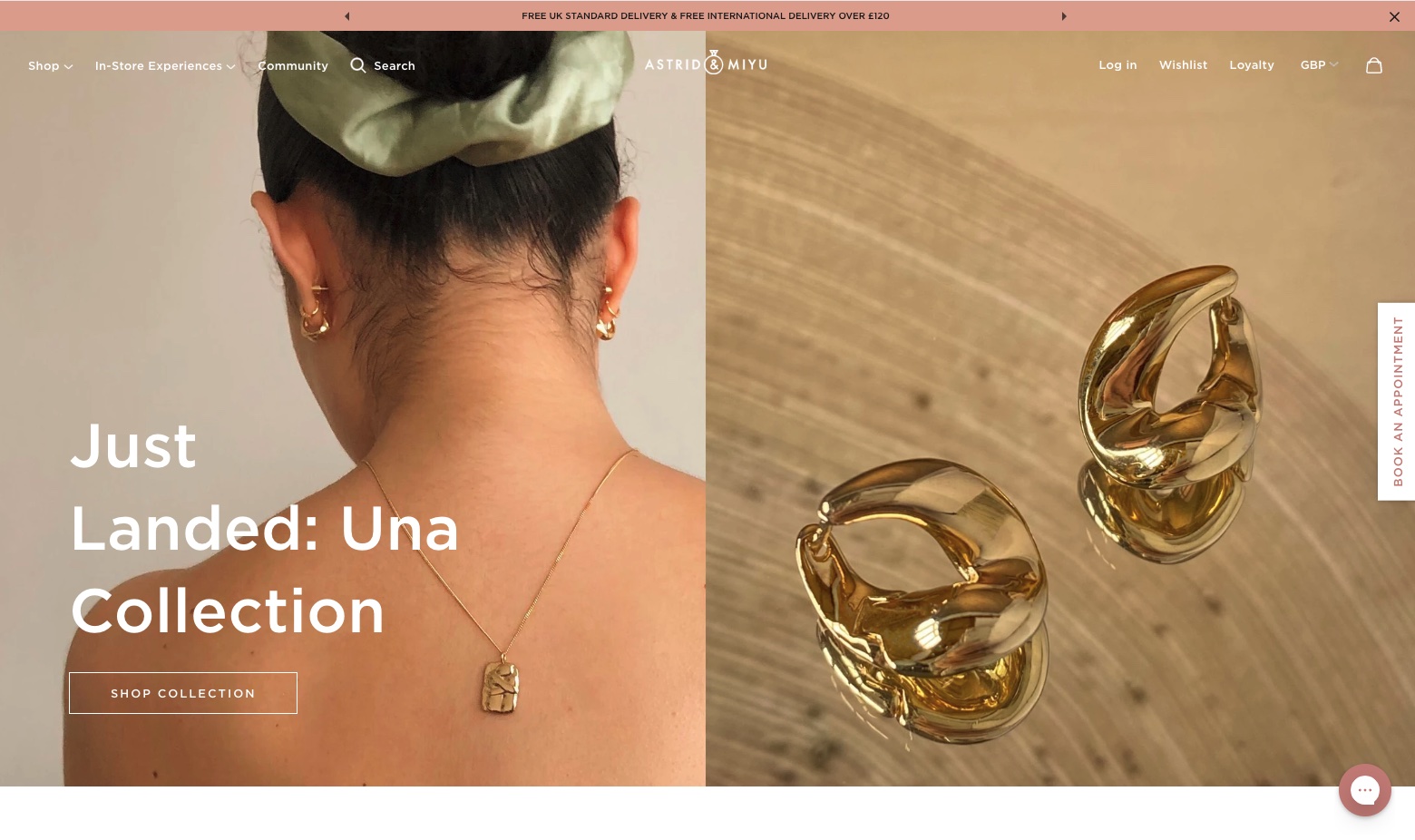 Another brand whose migration we carried out is This Works’. We moved their award-winning skincare and wellness solutions over from Magento, including the build of a separate, micro-site for their CBD venture.

More on their case study: This Works on Shopify Plus. 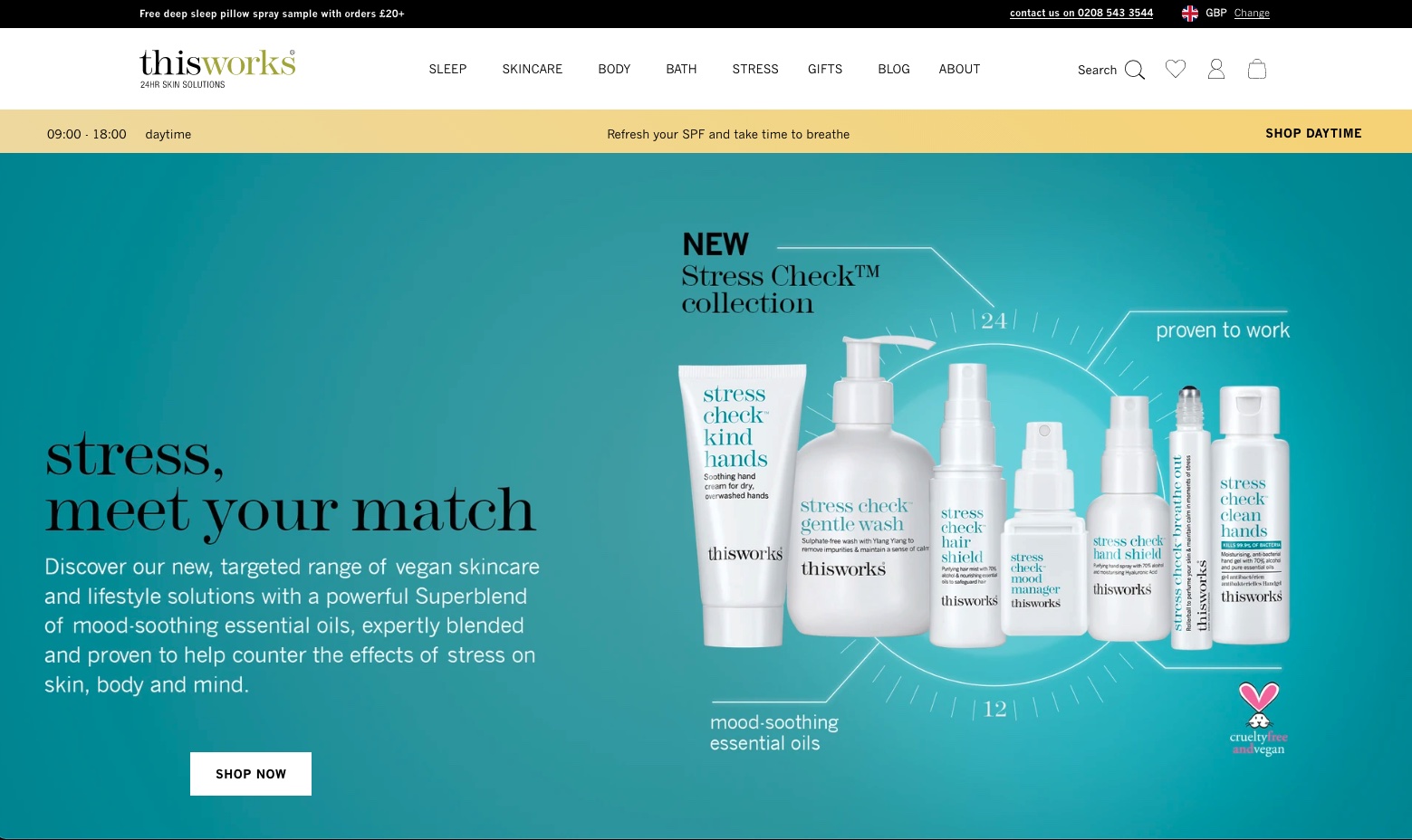 Next up, we have Bombas. They’re the comfort-focused sock company that donates one pair to the homeless for every one pair sold. And they do it all, and more, through their Shopify Plus store, having left Magento needing a more stable solution. 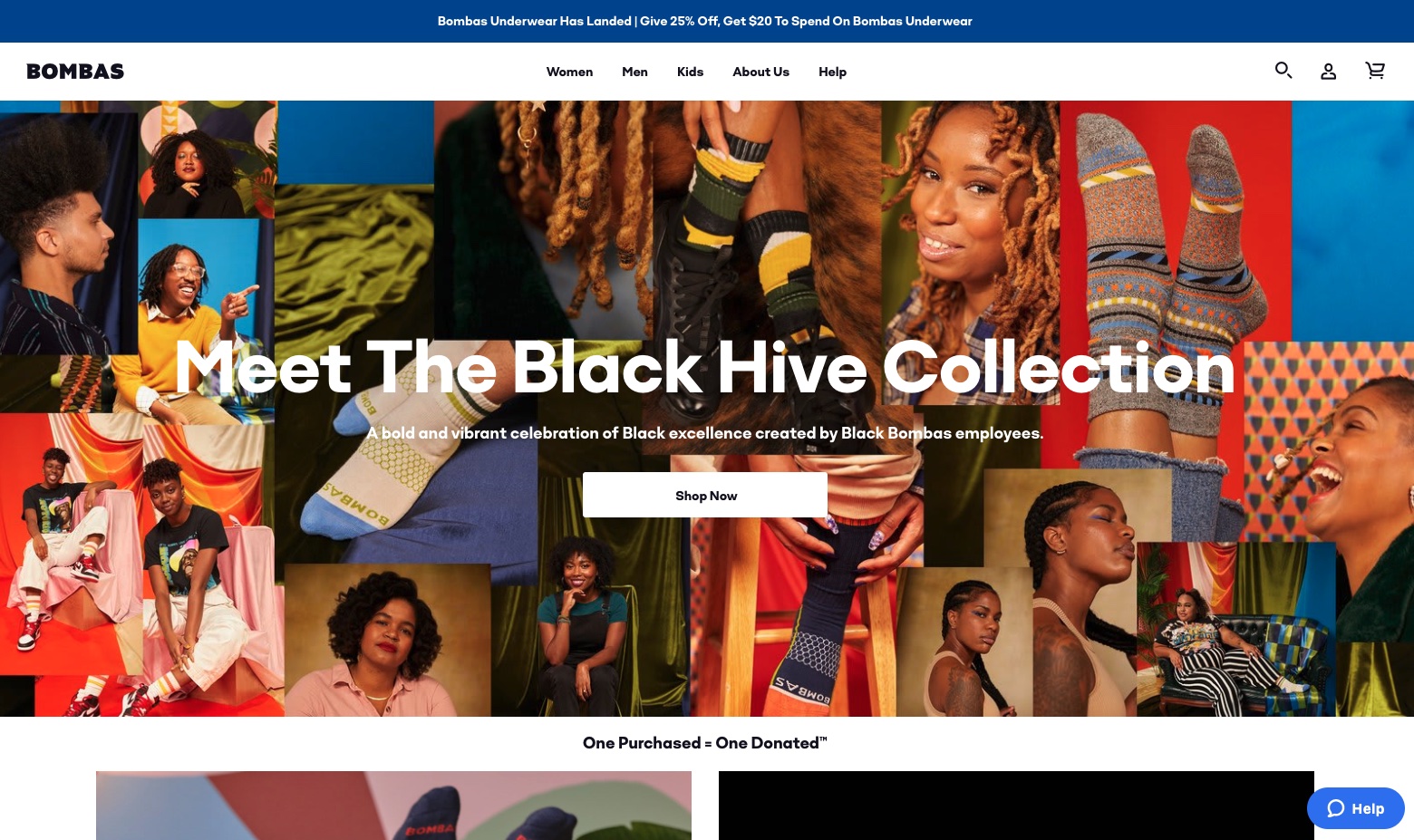 Rebecca Minkoff is another name to make the move. A tech-savvy brand at core, it’s no surprise they sought to leave Magento and embrace a more future-proof platform such as Shopify Plus. 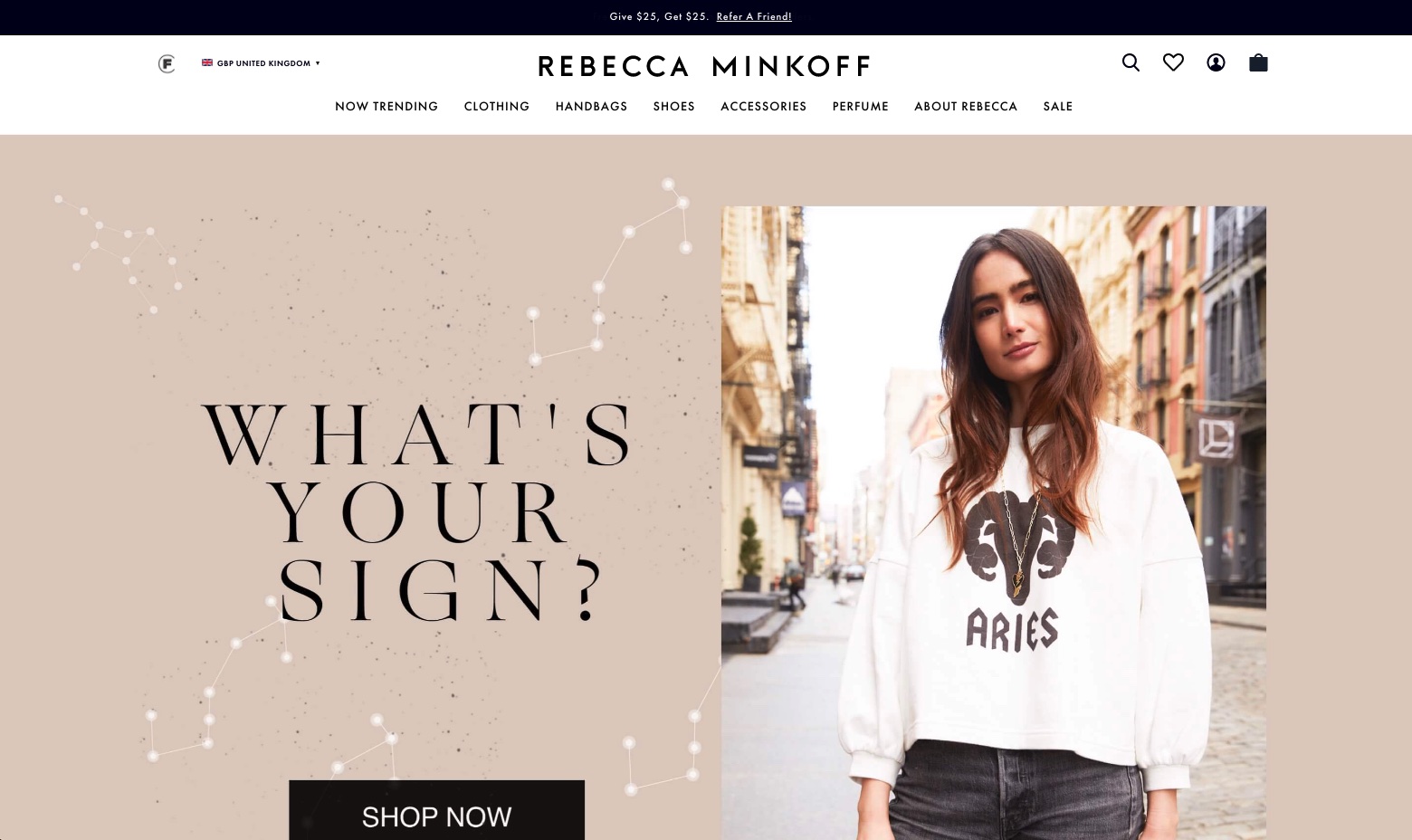 Premium luggage label, Antler joins the list. Like many brands, Antler was drawn from the legacy platform Magento, seeing a brighter future with Shopify Plus. 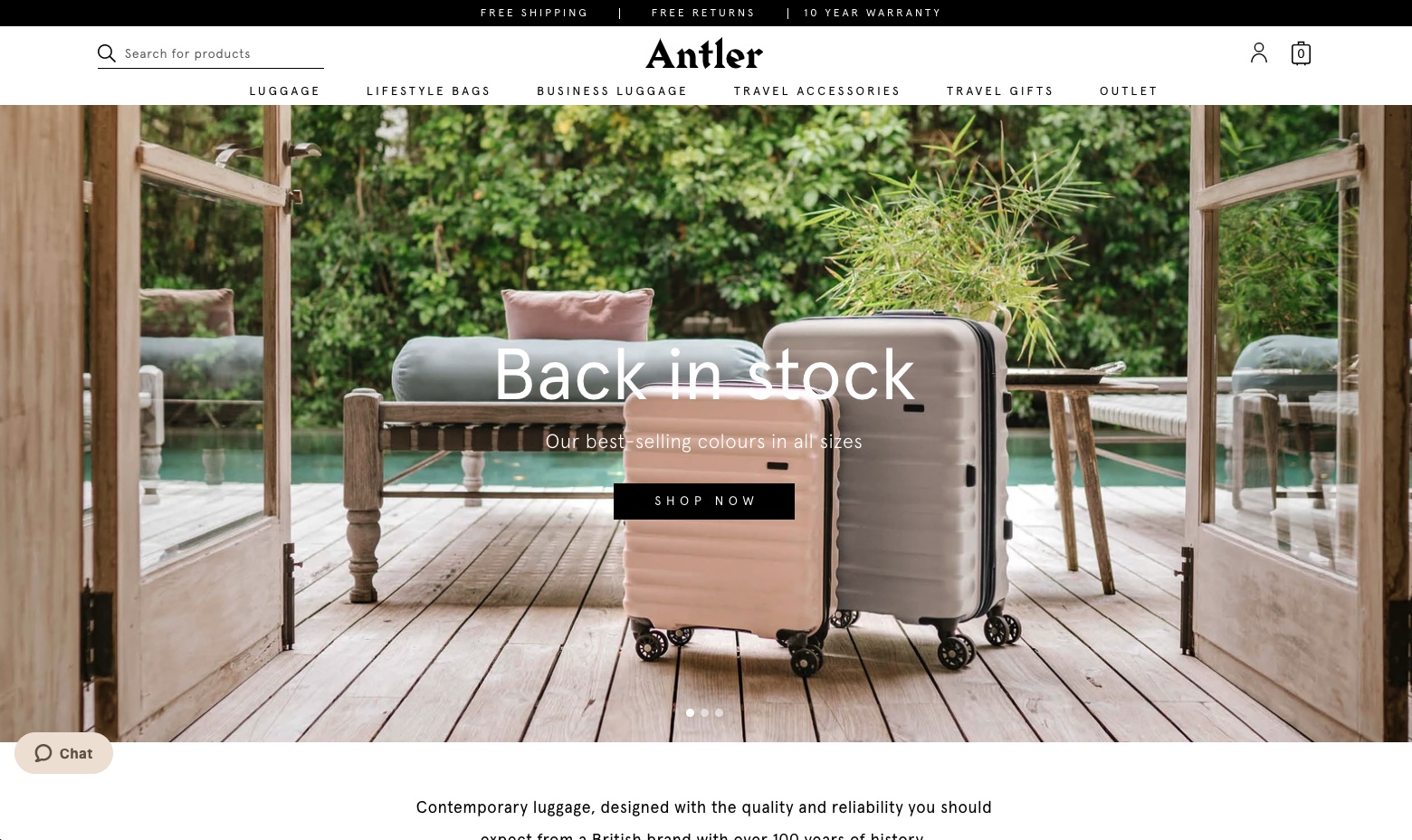 Also making the switch was family-run furniture company, Sofasofa. Looking to upgrade from Magento 1 to a more nimble platform, we set them up on Shopify Plus. 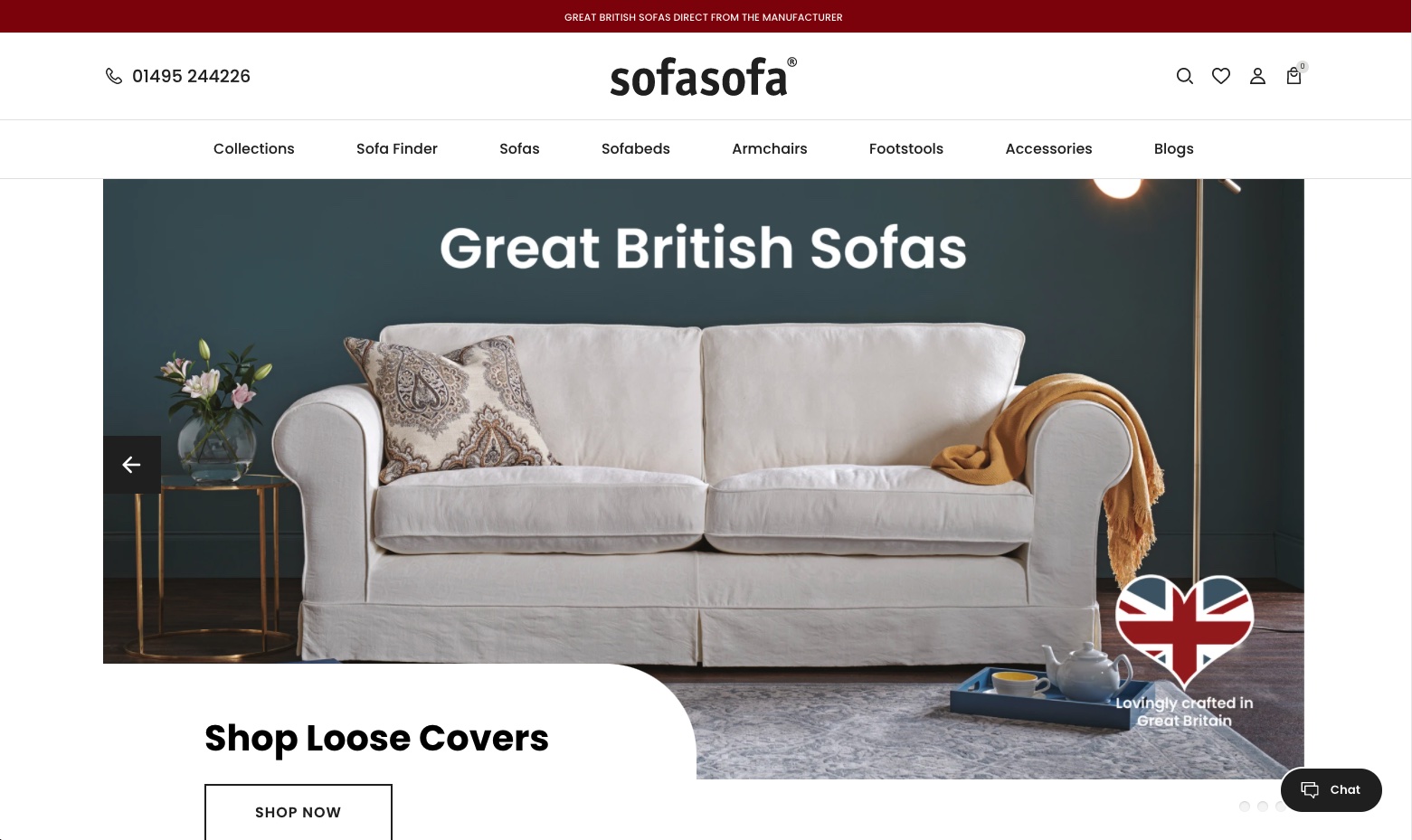 A second homewares brand we brought over from Magento is Borough Kitchen. Eager to migrate ahead of M1’s end-of-life date, we gave Borough Kitchen a beautiful new Shopify Plus store.

Read more in their case study: Borough Kitchen on Shopify Plus. 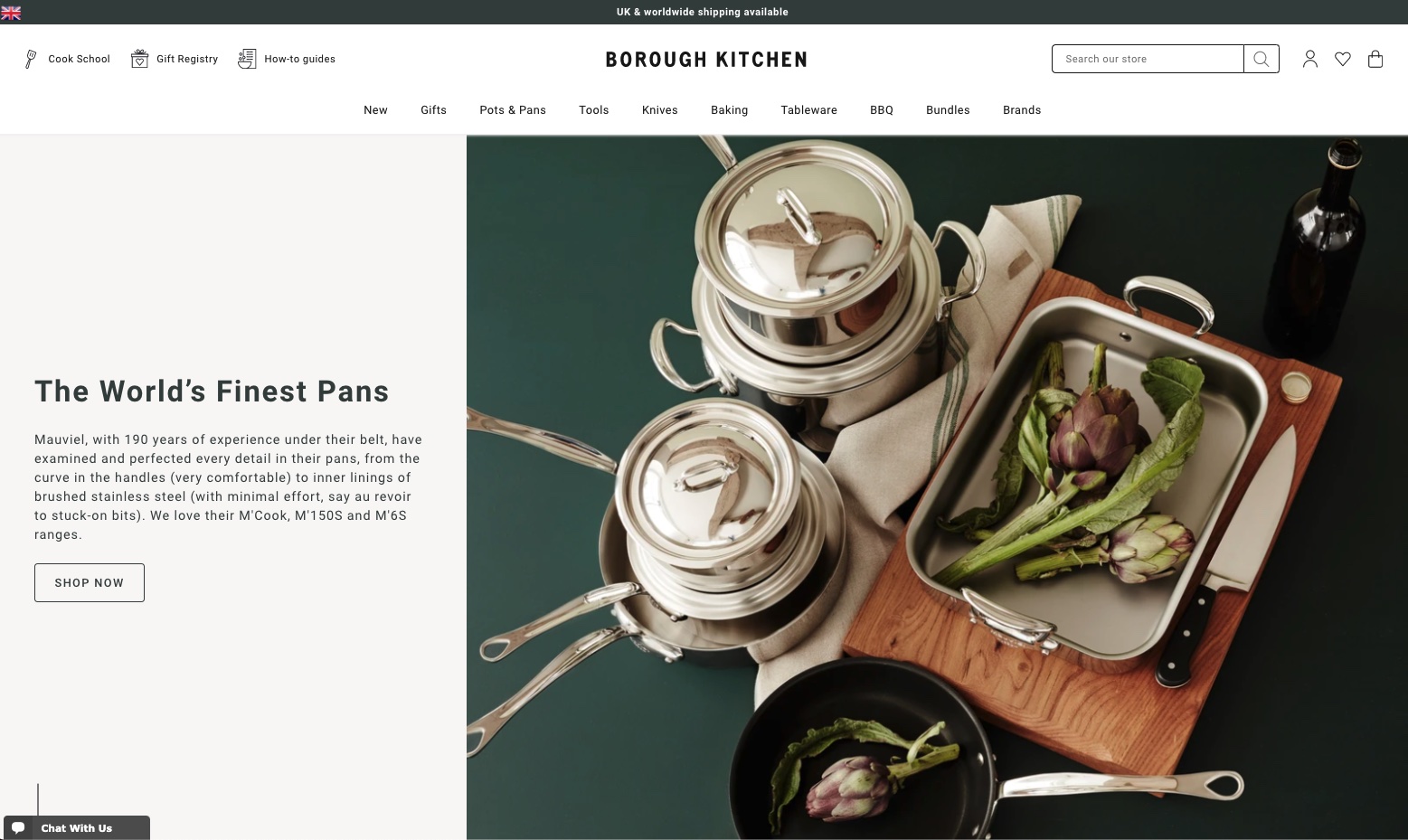 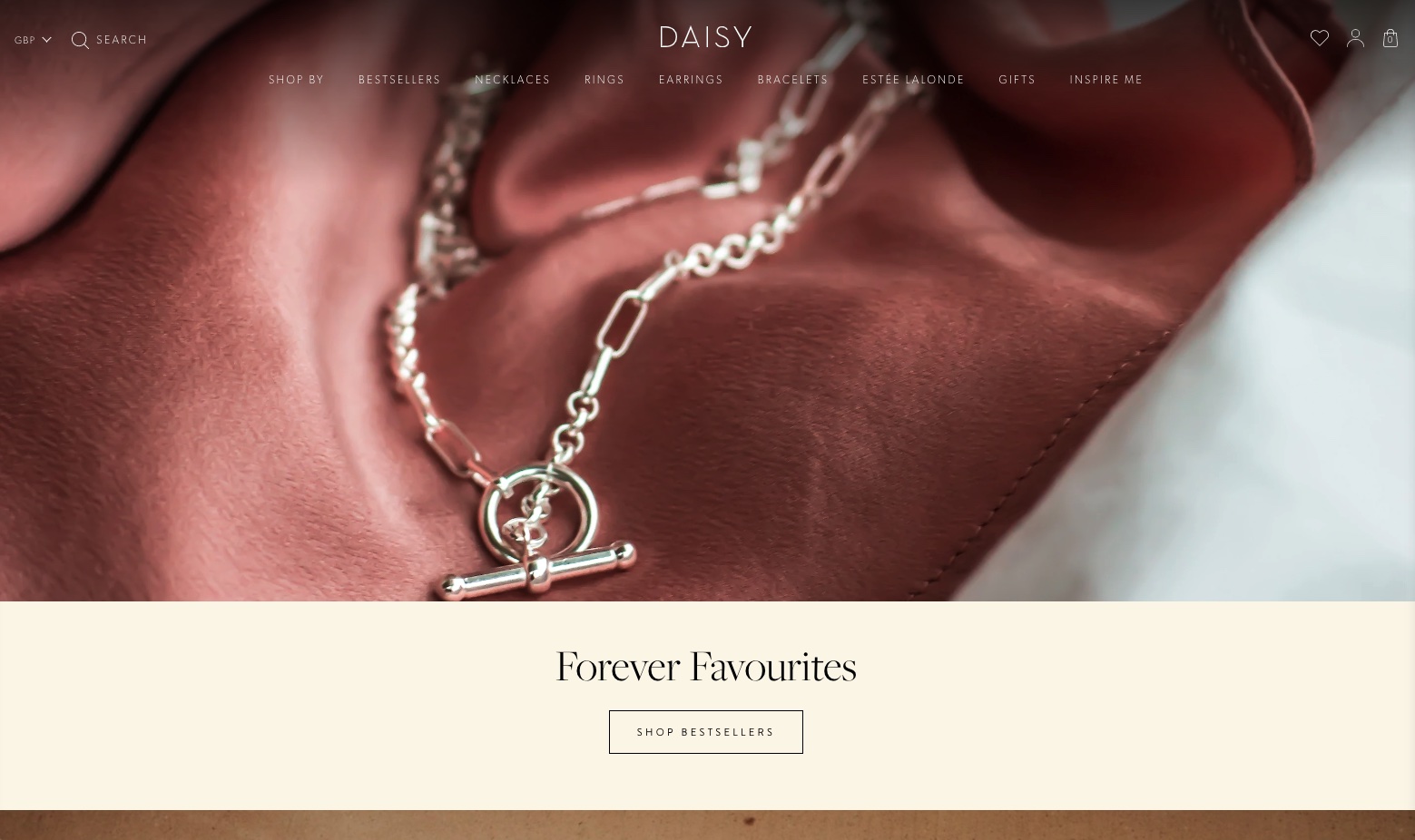 If you’re looking to move from Magento for reasons of stability, chances are, you’ll be no stranger to Gymshark’s infamous Black-Friday downtime. Following the disaster, the activewear giant wasted no time in seeking out a robust solution — enter Shopify Plus. 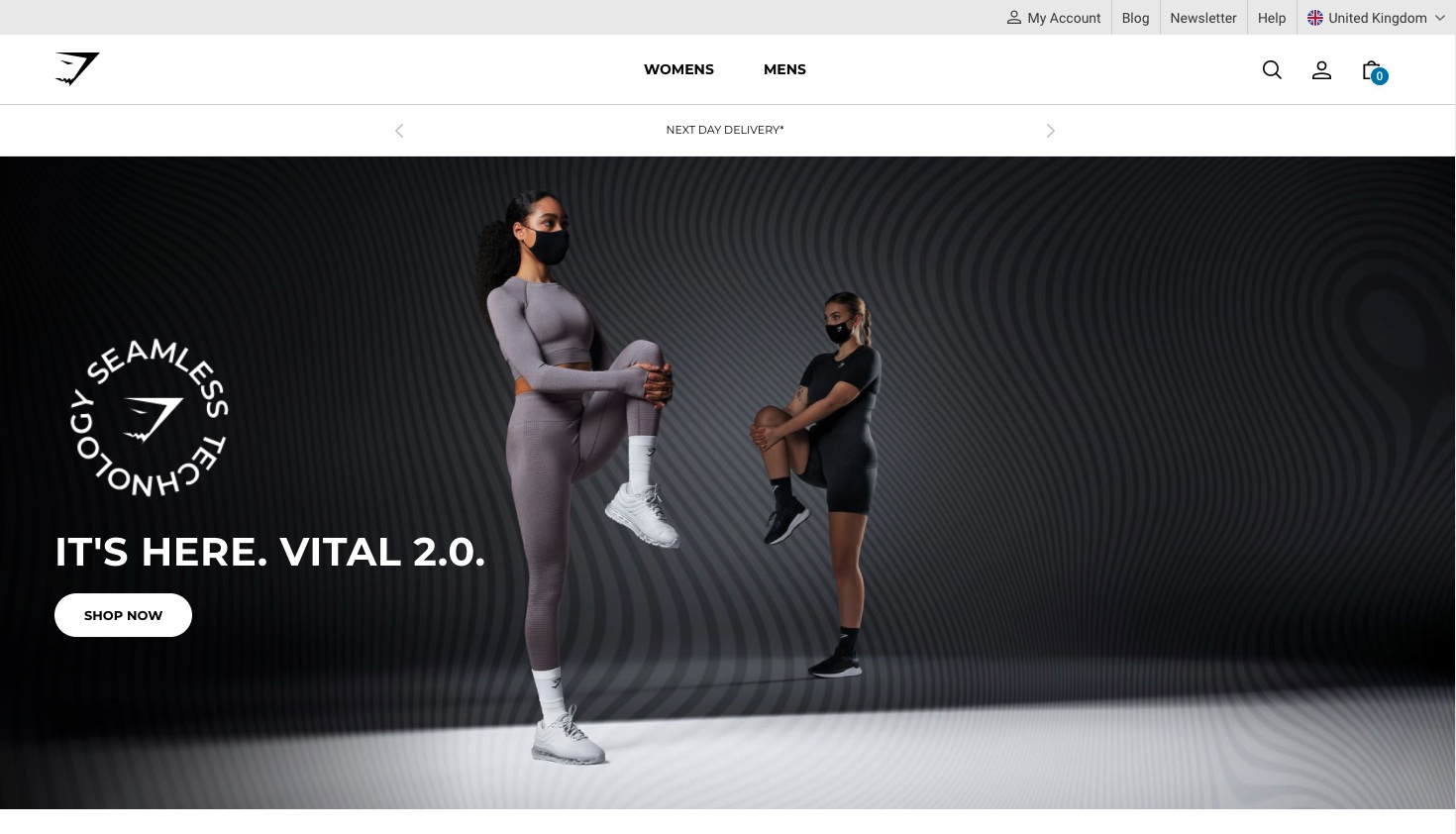 Next on our list, we have The BBC. With their Magento store a headache to update and approaching license renewal, we took their merchandise to Shopify Plus. 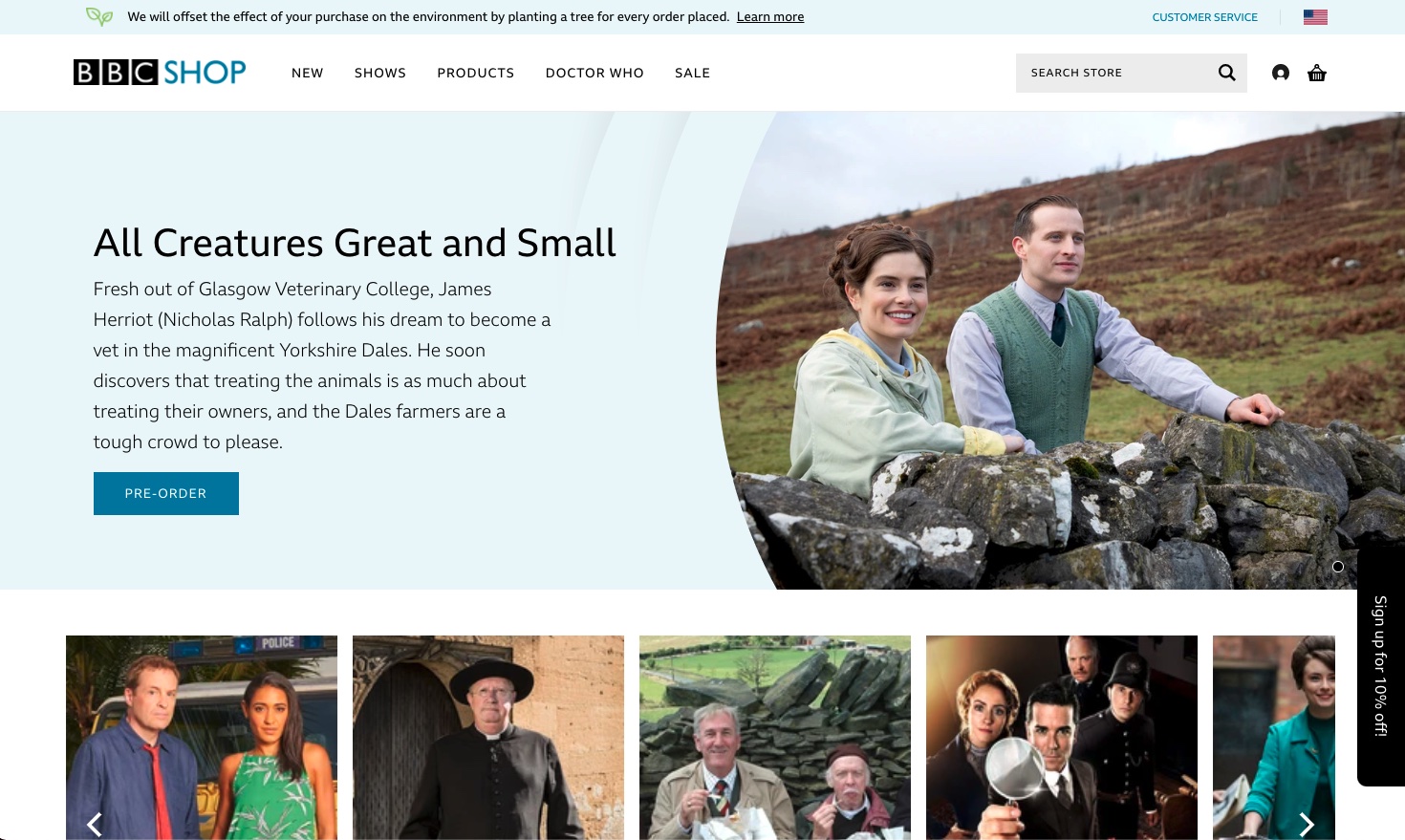 Alessi is another client of ours who made the switch. The Italian kitchenware label was on the hunt for a more flexible solution and we migrated them to Shopify Plus.

See more on their case study: Alessi on Shopify Plus. 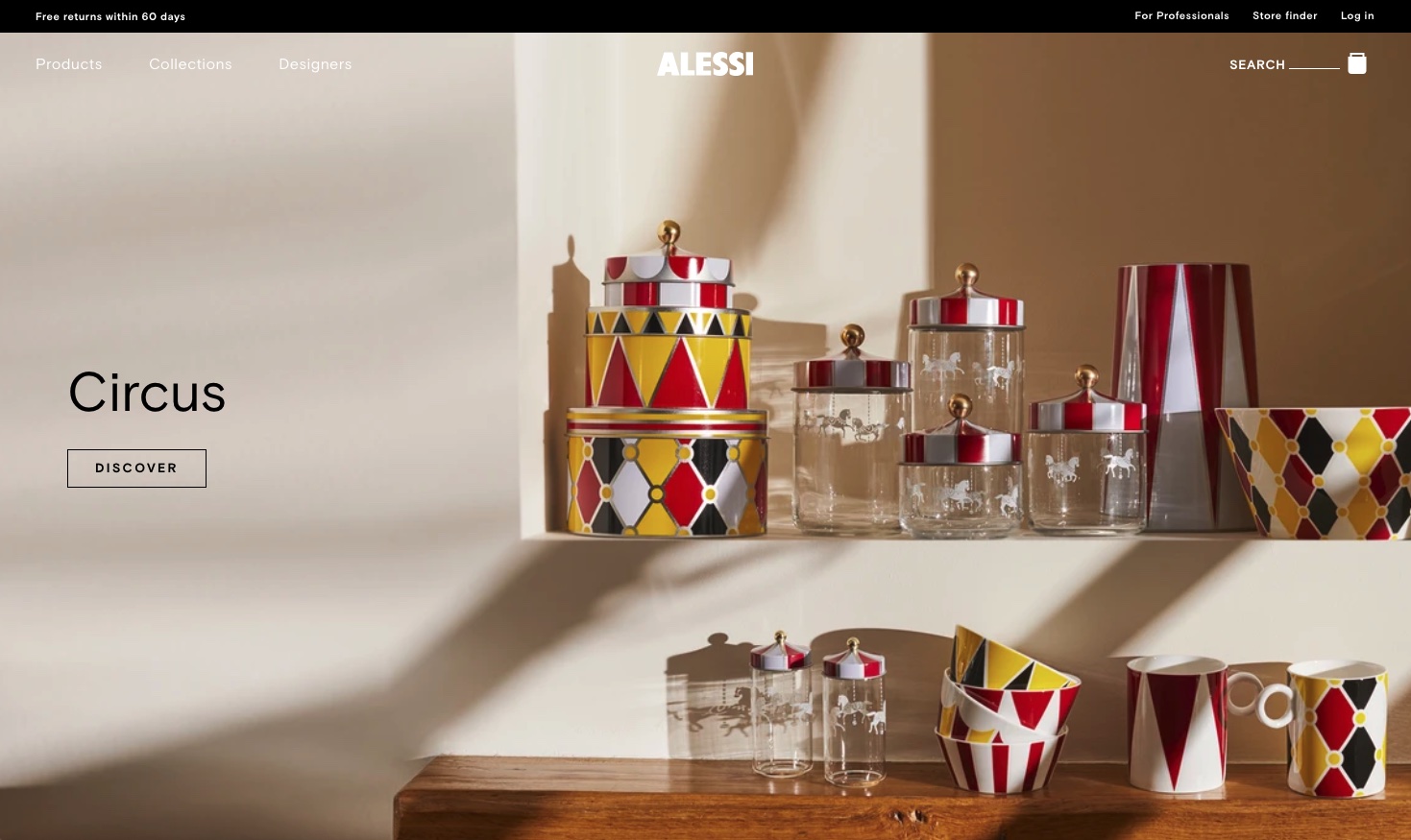 Like Alessi, our friends at Revant Optics sought our help when looking to ditch Magento 1. Revant Optics now offer their replacement lenses through a neat Shopify Plus build that boasts a prescription builder too.

Worth noting: this is a HIPAA-compliant e-commerce store (more on how we built it, on the link). 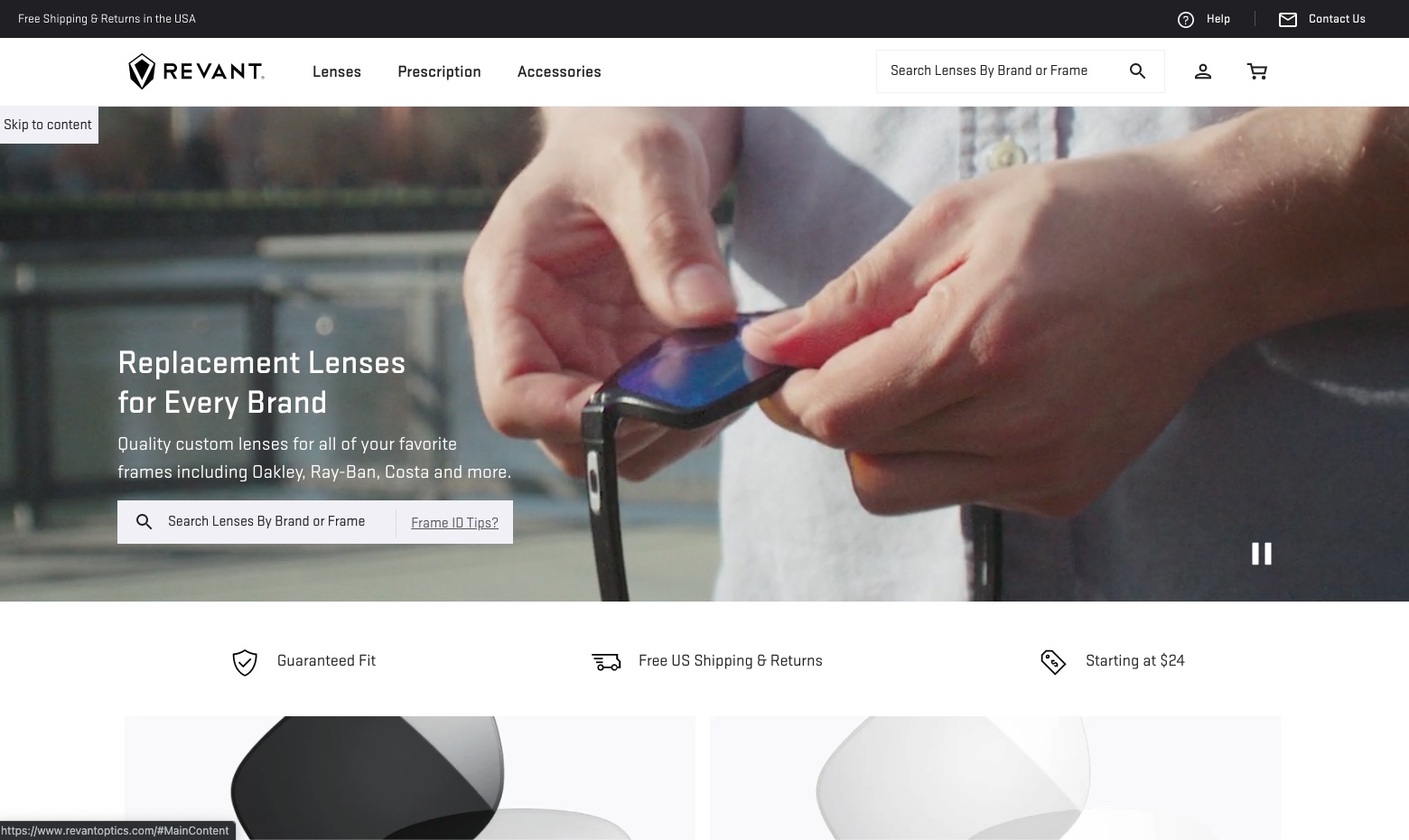 Speaking of eyewear brands, Peepers also bit the bullet and upgraded to Shopify Plus. As their Magento site proved expensive to run and slow to adapt, they needed a better solution. 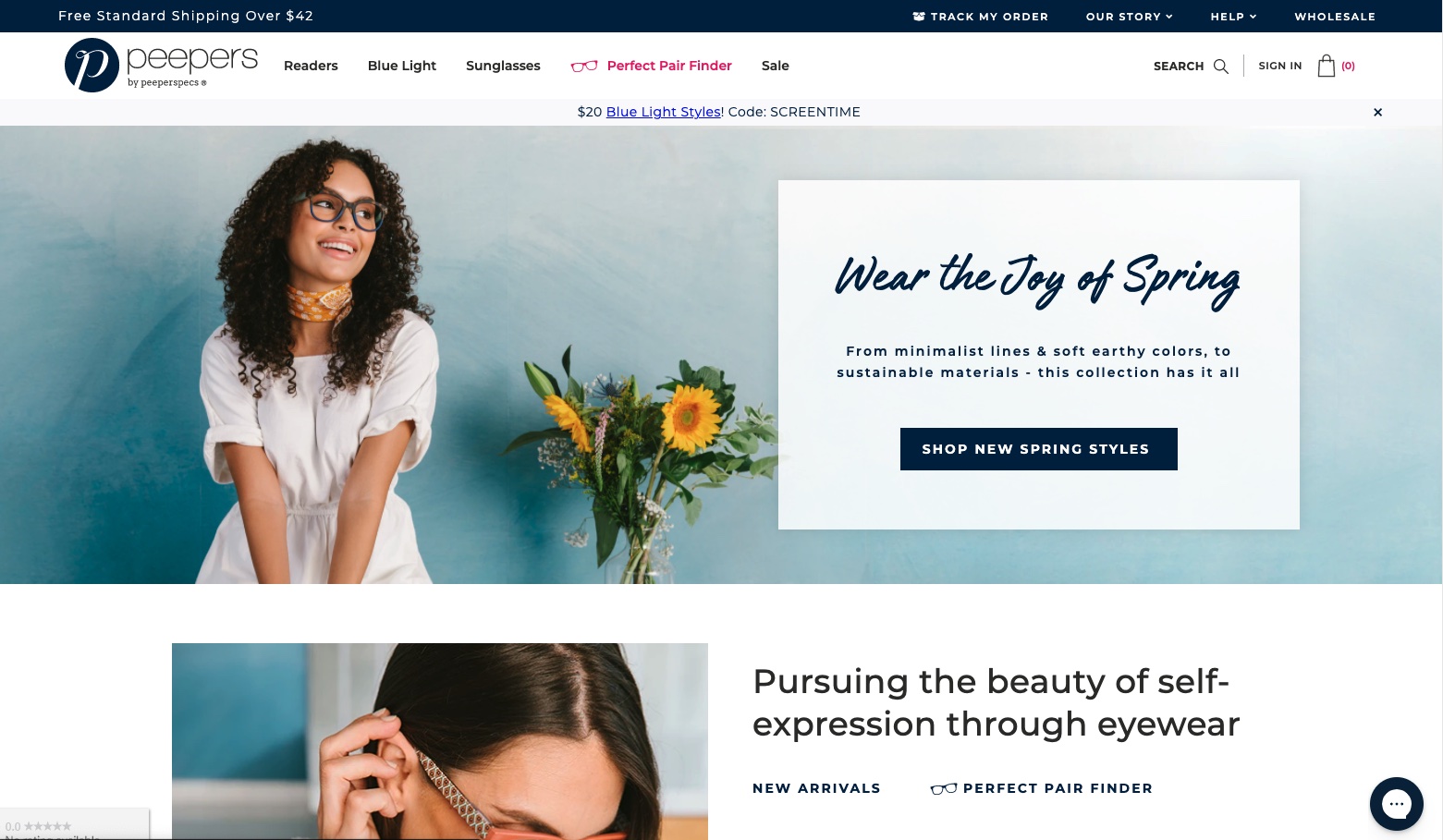 Blast from the past — the iconic Pineapple Dance Studios called time on their Magento store too. With weighty maintenance costs and poor performance, Shopify Plus was their answer. 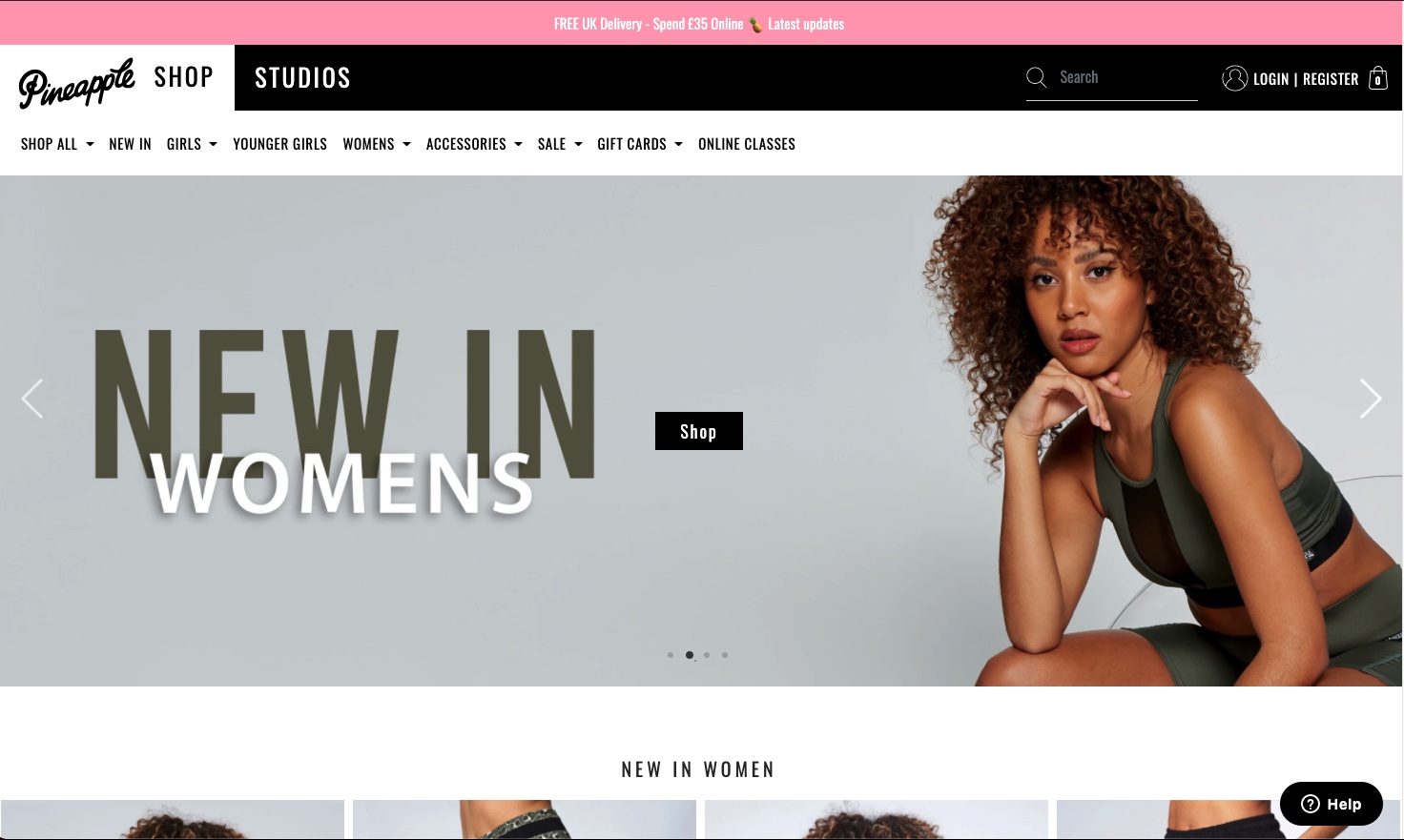 For Emazing Lights, the tipping point was laying out over $200,000 to prep their Magento store for a traffic spike — only to find it still crashing. It was time for a more reliable platform. 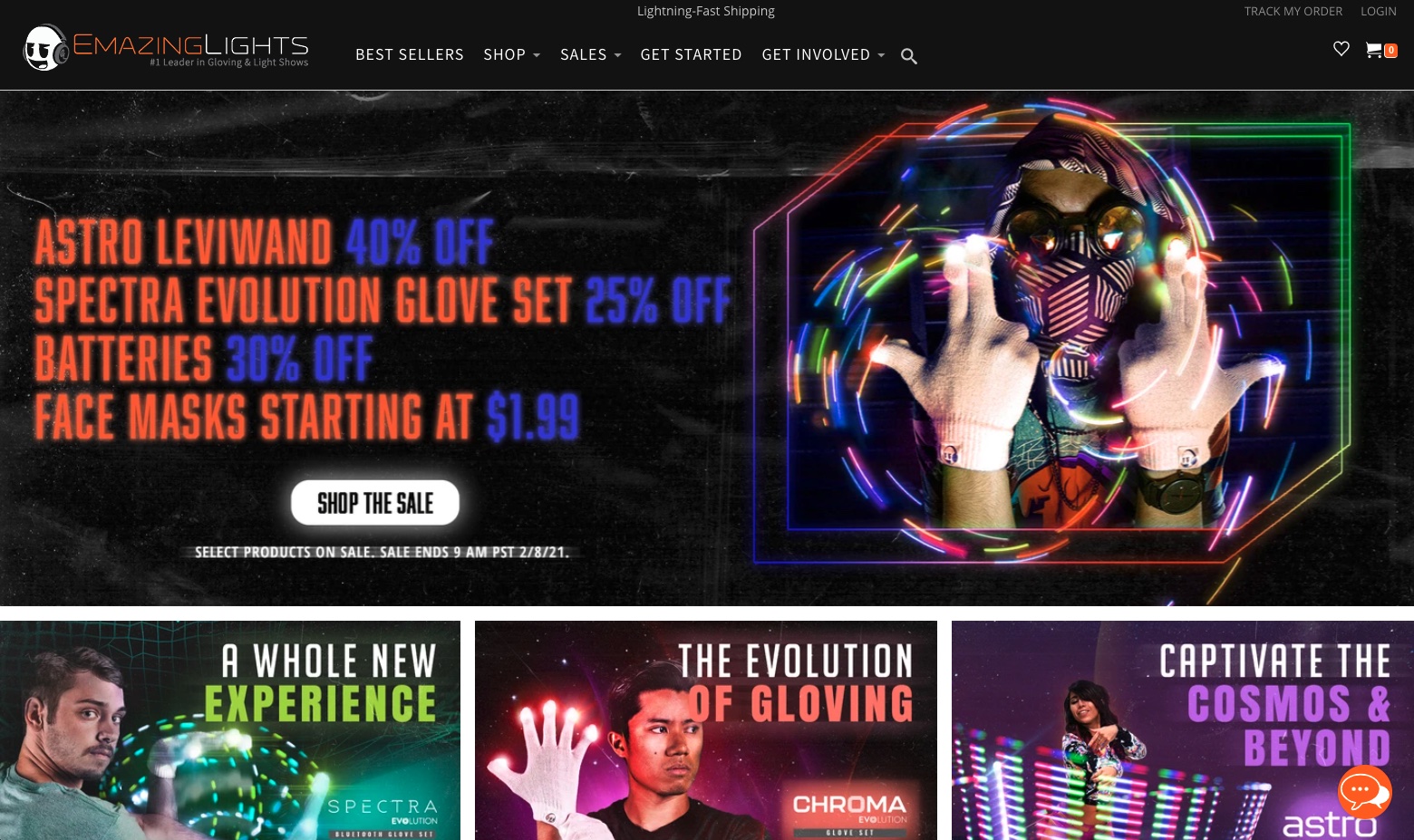 Shopify Plus also caught the eye of Australian fashion label, Venroy. Having originally launched on Magento, they later ditched their M2 store for a more adaptable solution. 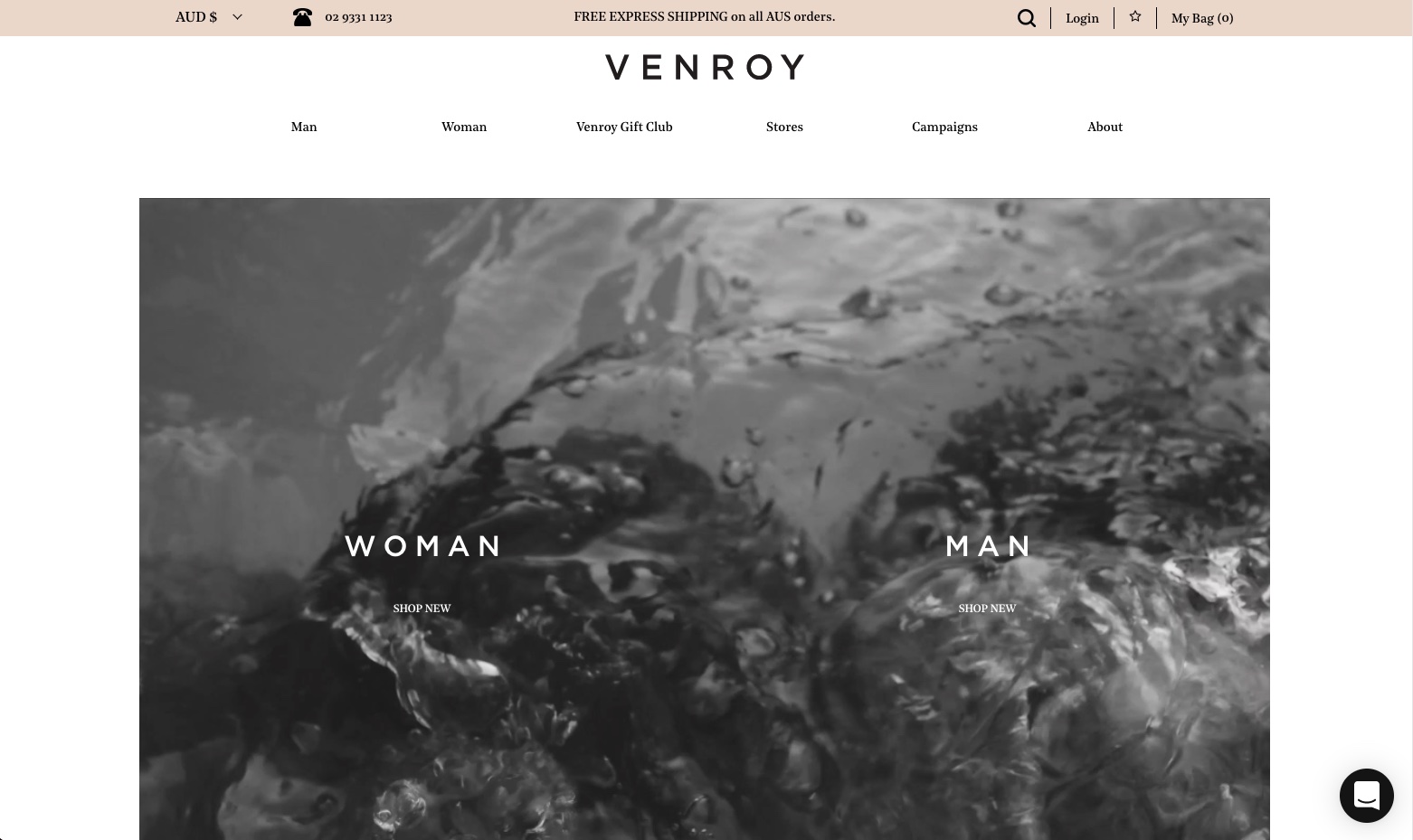 Milligram is another one to have pulled the plug on Magento. In line with a rebrand around their 10th anniversary, Milligram took their designer stationery to Shopify Plus and is now able to launch promotions in minutes. 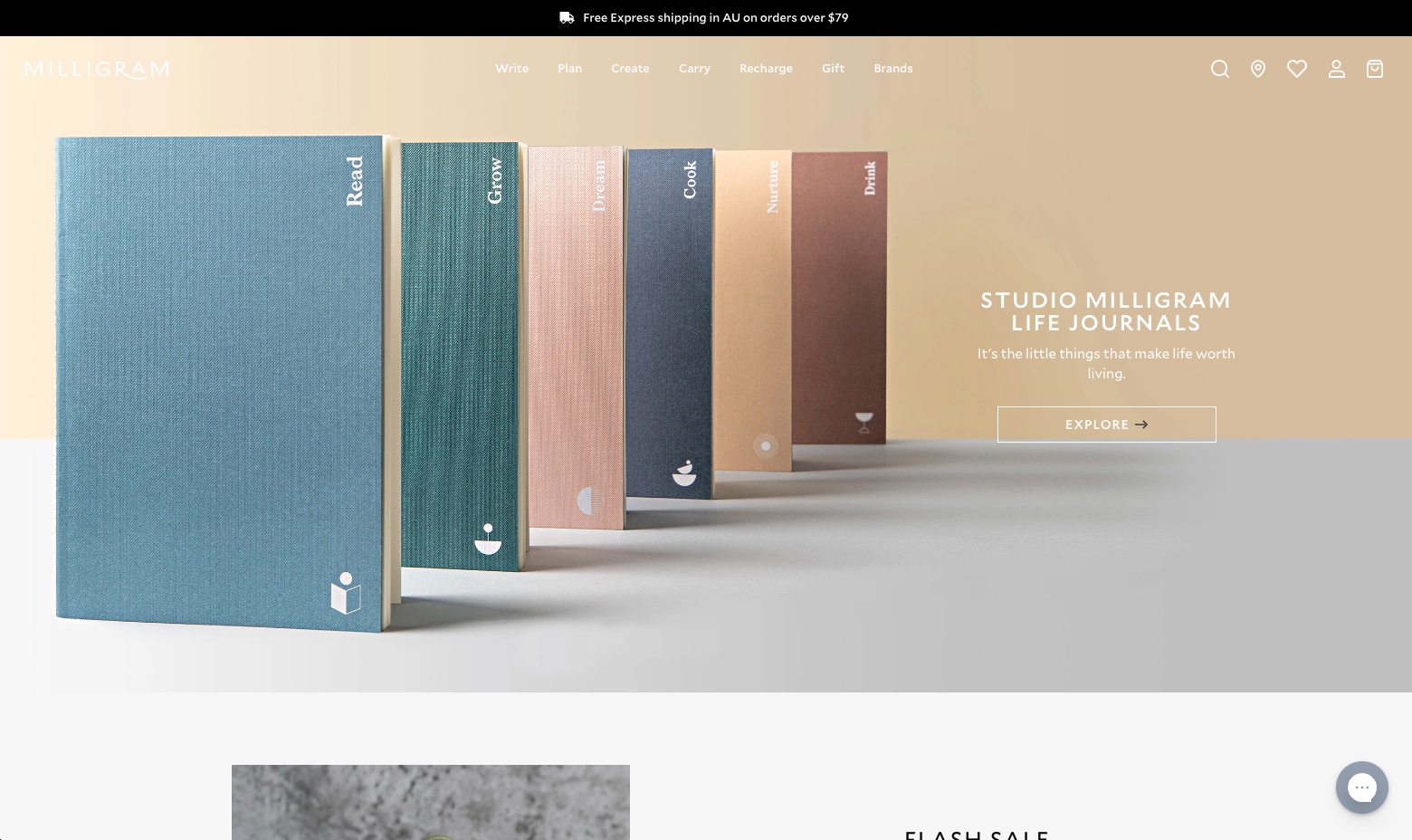 Swedish childrenswear brand, Polarn O. Pyret, also joins the Shopify Plus family from Magento. A client of ours, we replatformed them from M1 to a new e-commerce store that’s easy to use and fit to scale. 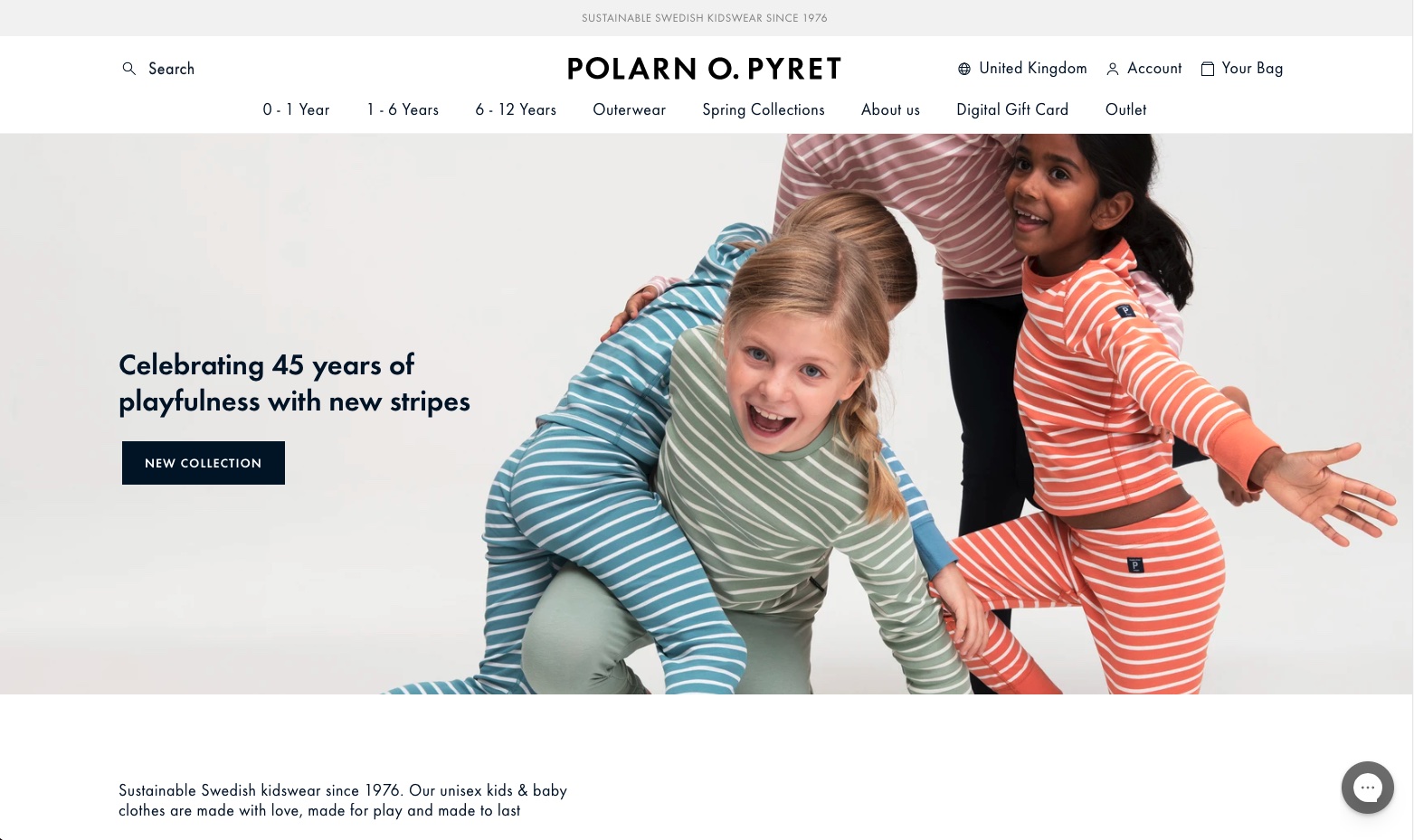 We also migrated Frescobol Carioca over from M1. Now, Frescobol spreads the spirit of Rio de Janeiro and the ‘Carioca’ lifestyle through a more fruitful, Shopify Plus store. 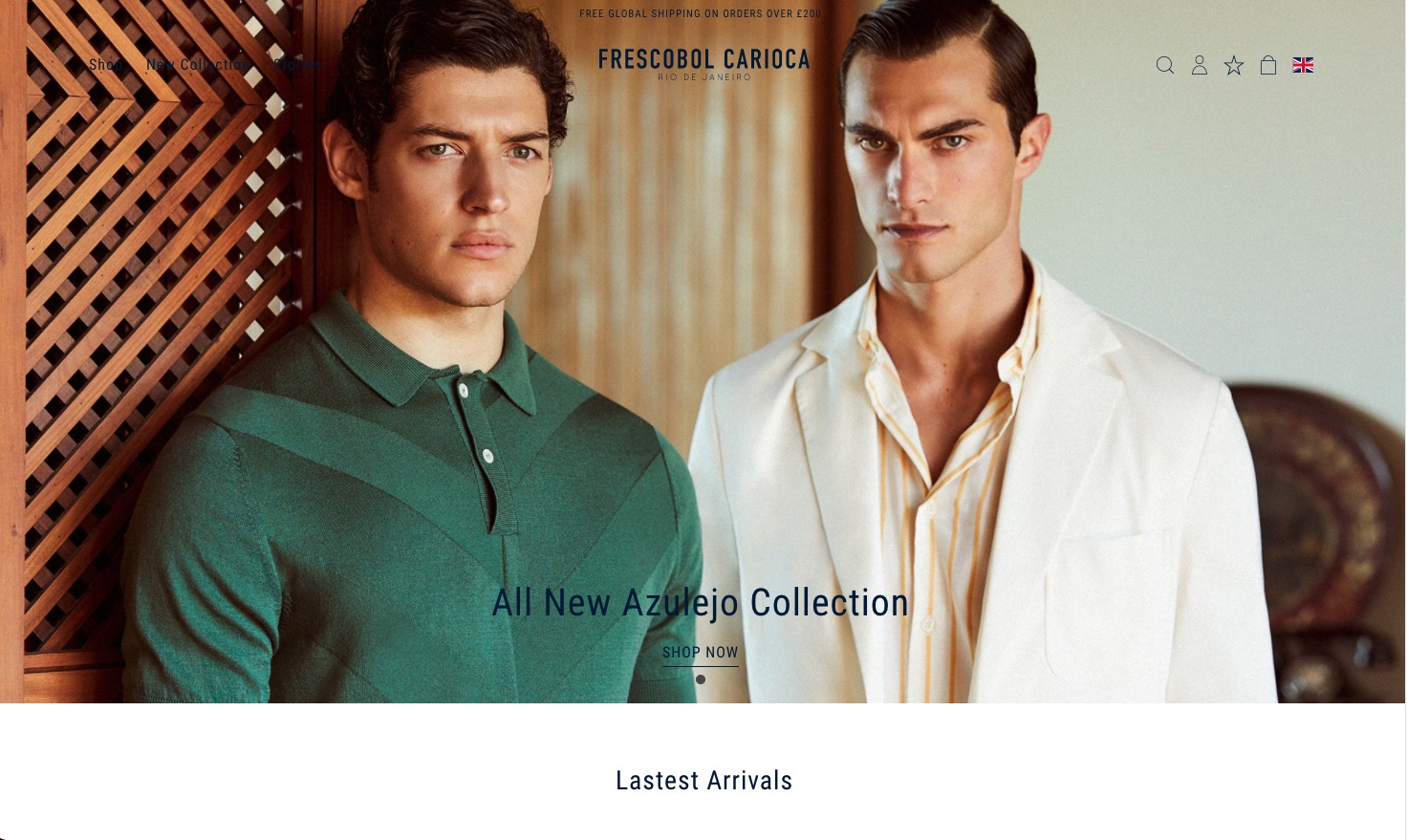 Streetwear brand, Culture Kings, was also searching for a higher gear. With a thriving bricks-and-mortar channel, they needed an online store that married up. Shopify Plus had the answer. 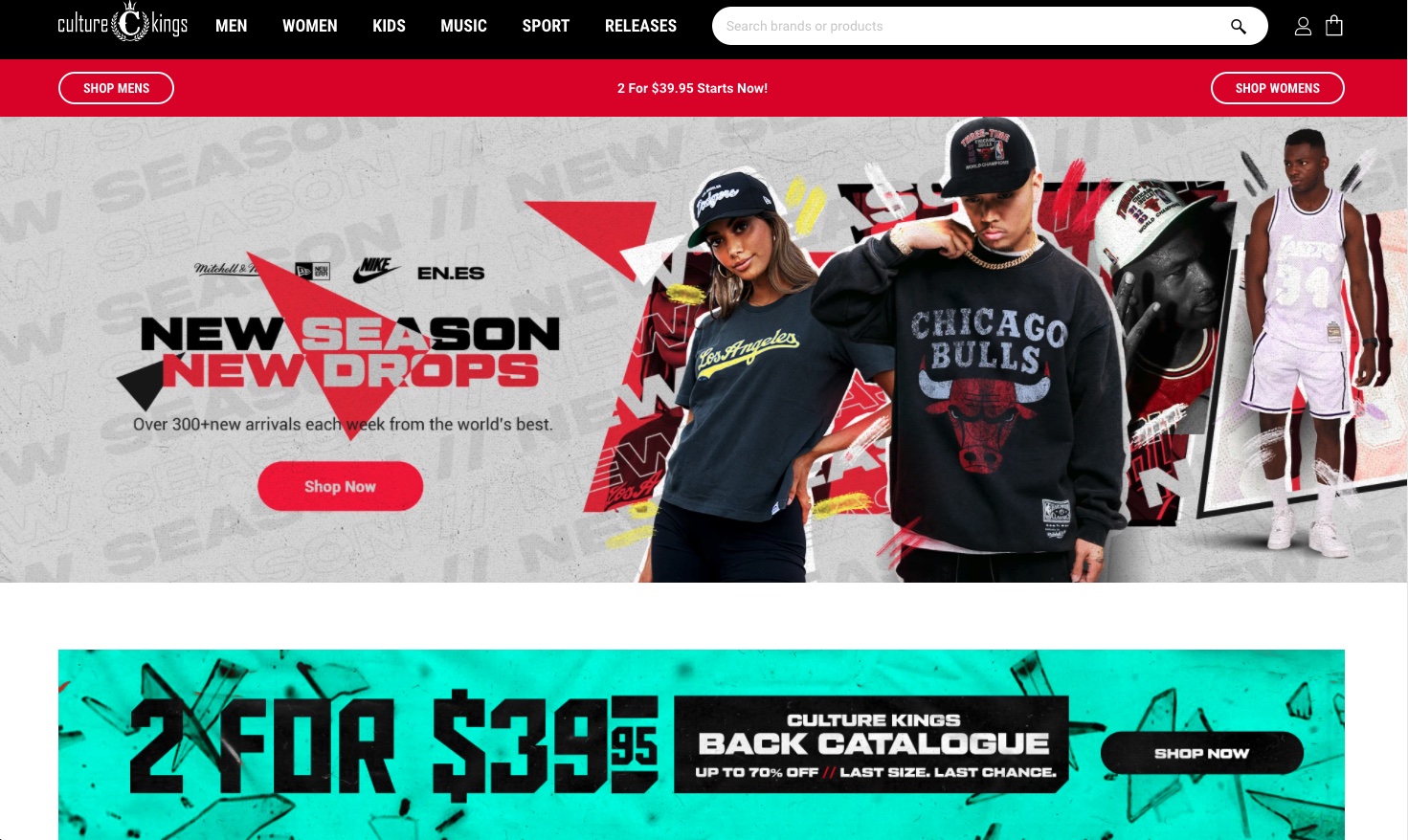 Gunna Kennel (named after the founder’s chocolate lab, Gunner) replatformed from Magento too. Their durable and car-safe dog crates are now up on a platform that’s robust, just like their products. 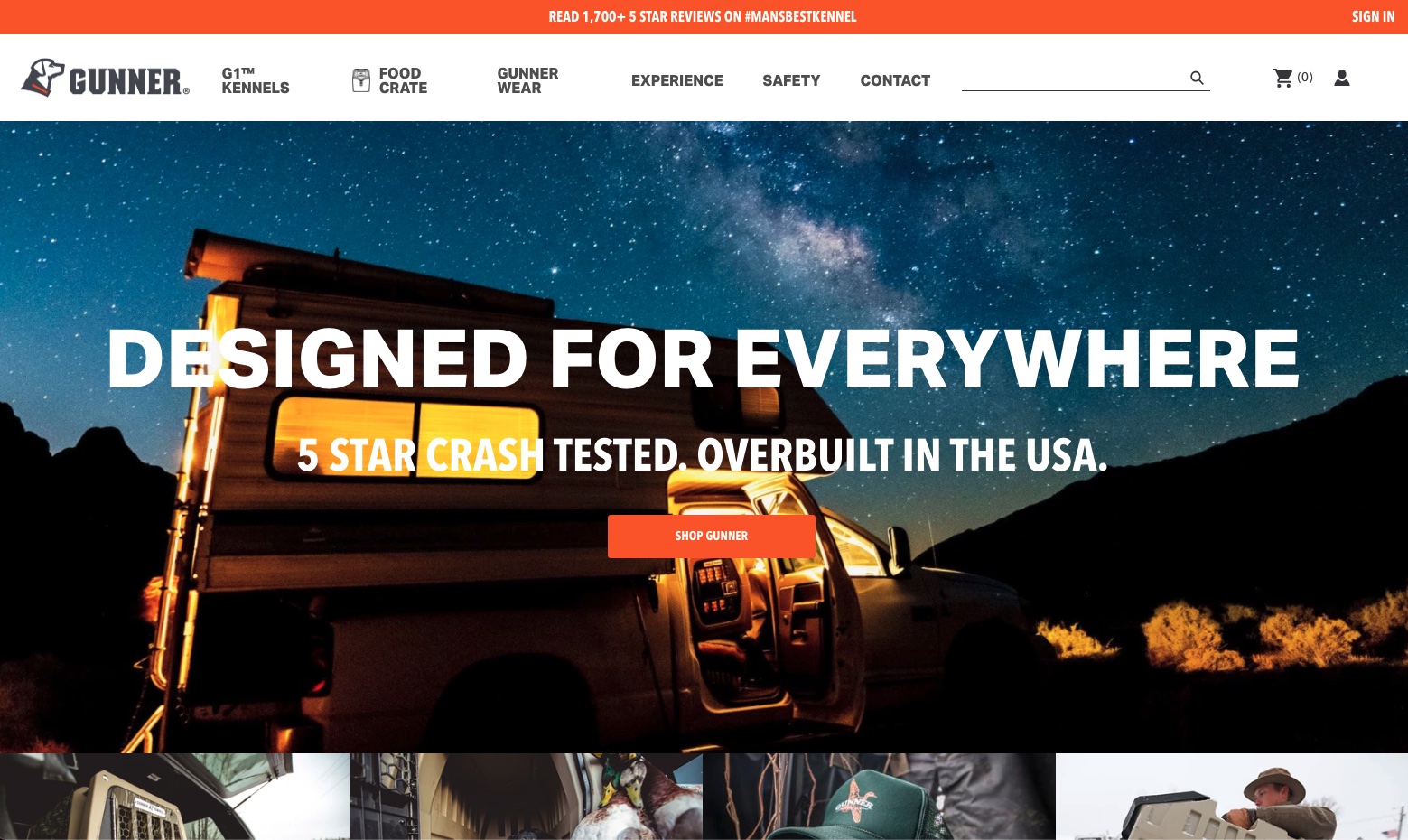 Also flocking to Shopify Plus was the soda company that champions customer photos on their bottle labels! Jones Soda took their fluorescent drinks away from Magento, to new turf on Shopify Plus. 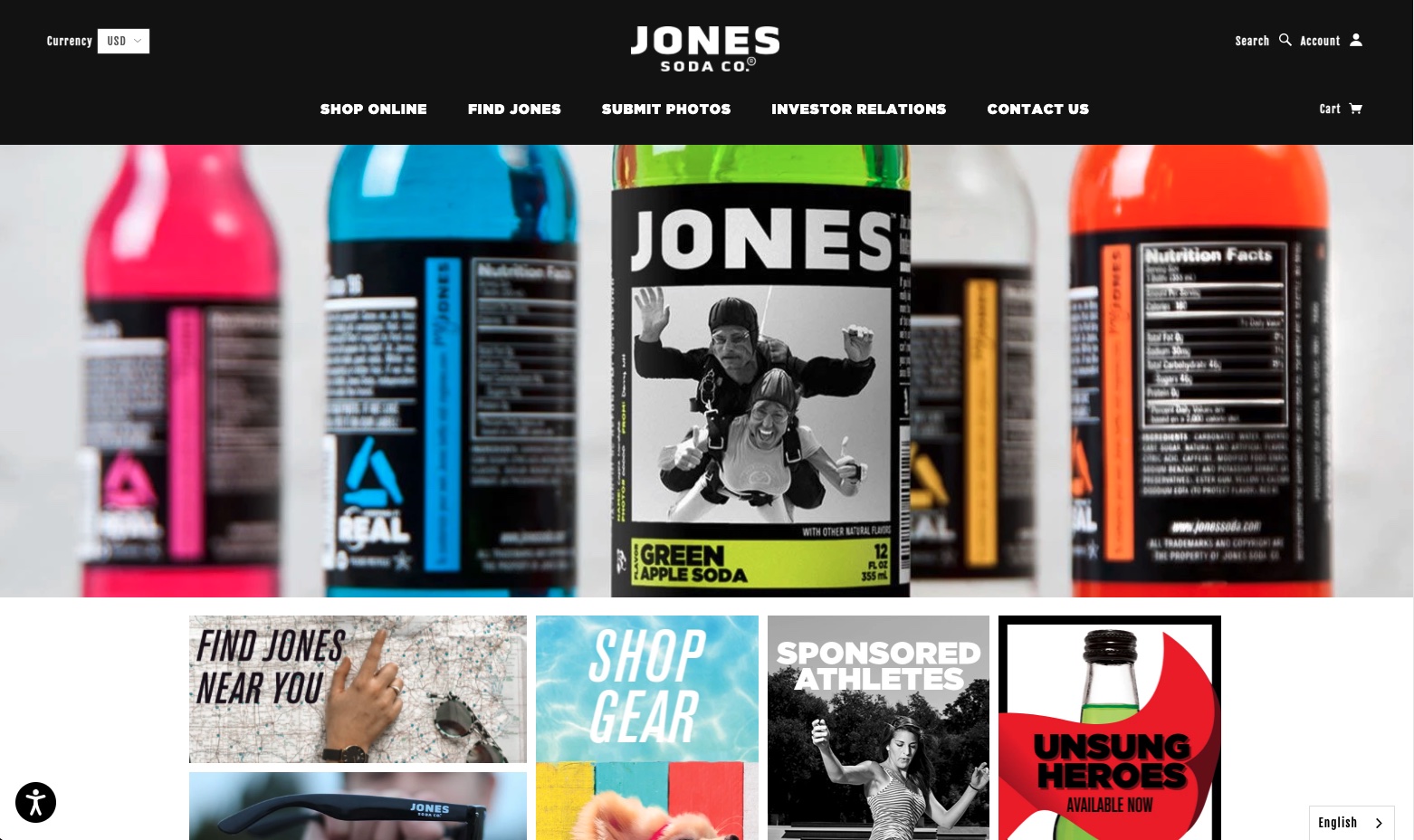 Another brand reaping the benefits of Plus having left Magento, is Jack Rogers. They took their trademark sandals to a Shopify Plus store that expedites change and grants more team-time. 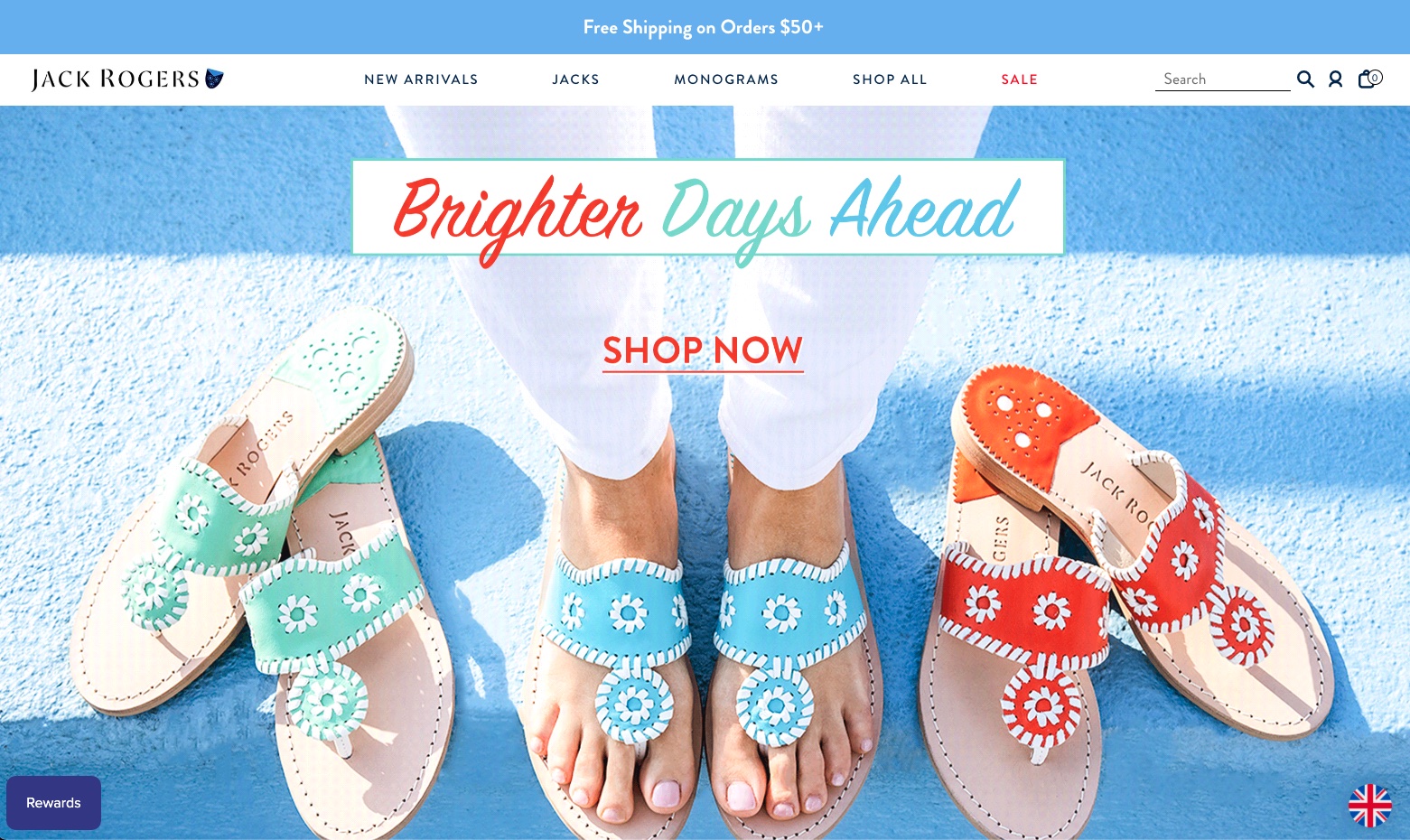 Magento also got the boot from the world’s largest military collectibles and antique goods brand, International Military Antiques. In fact, their VP even expressed how the move to Shopify Plus was ‘one of the best decisions [he’s] made in [his] business career’. 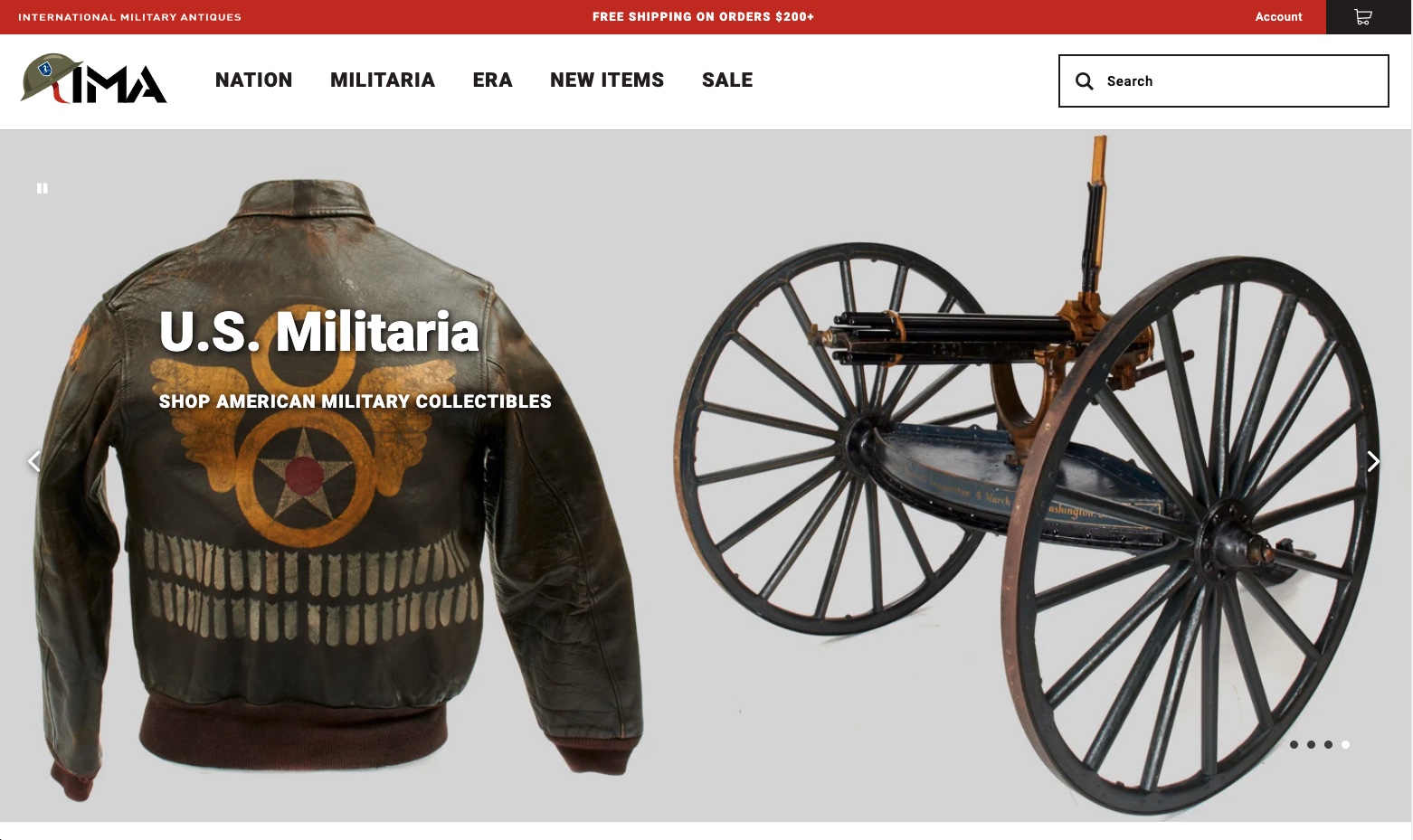 It’s the stats of these migrations that speak to their impact, too — as shown when we migrated Meermin from Magento to Shopify Plus. This M2 replatform gave way to a transformed e-commerce experience for the brand (learn more on their case study). 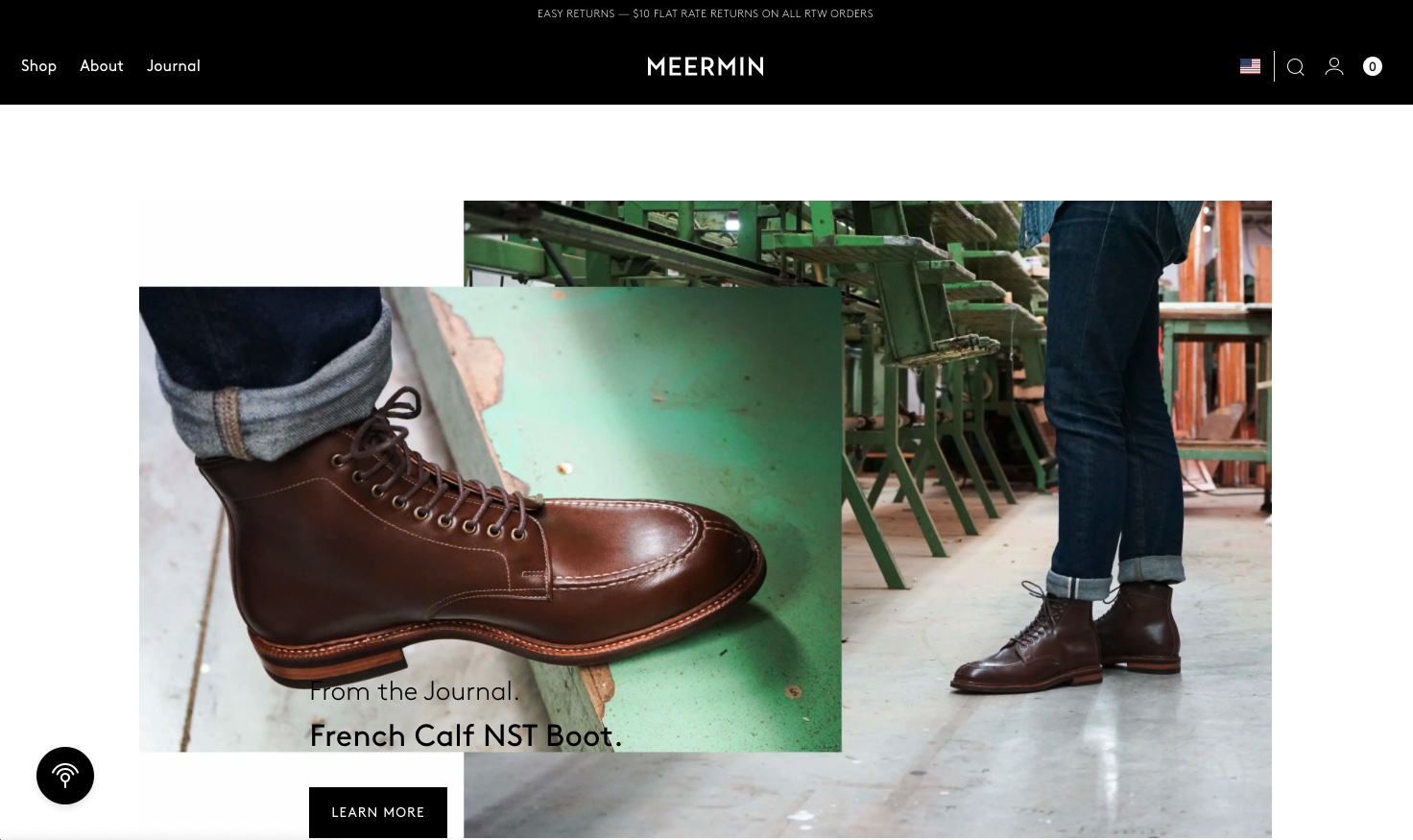 The glorious David Austin Roses is another brand we freed of Magento. Replatforming them to Shopify Plus, we built the business a fresh e-commerce presence destined for success. 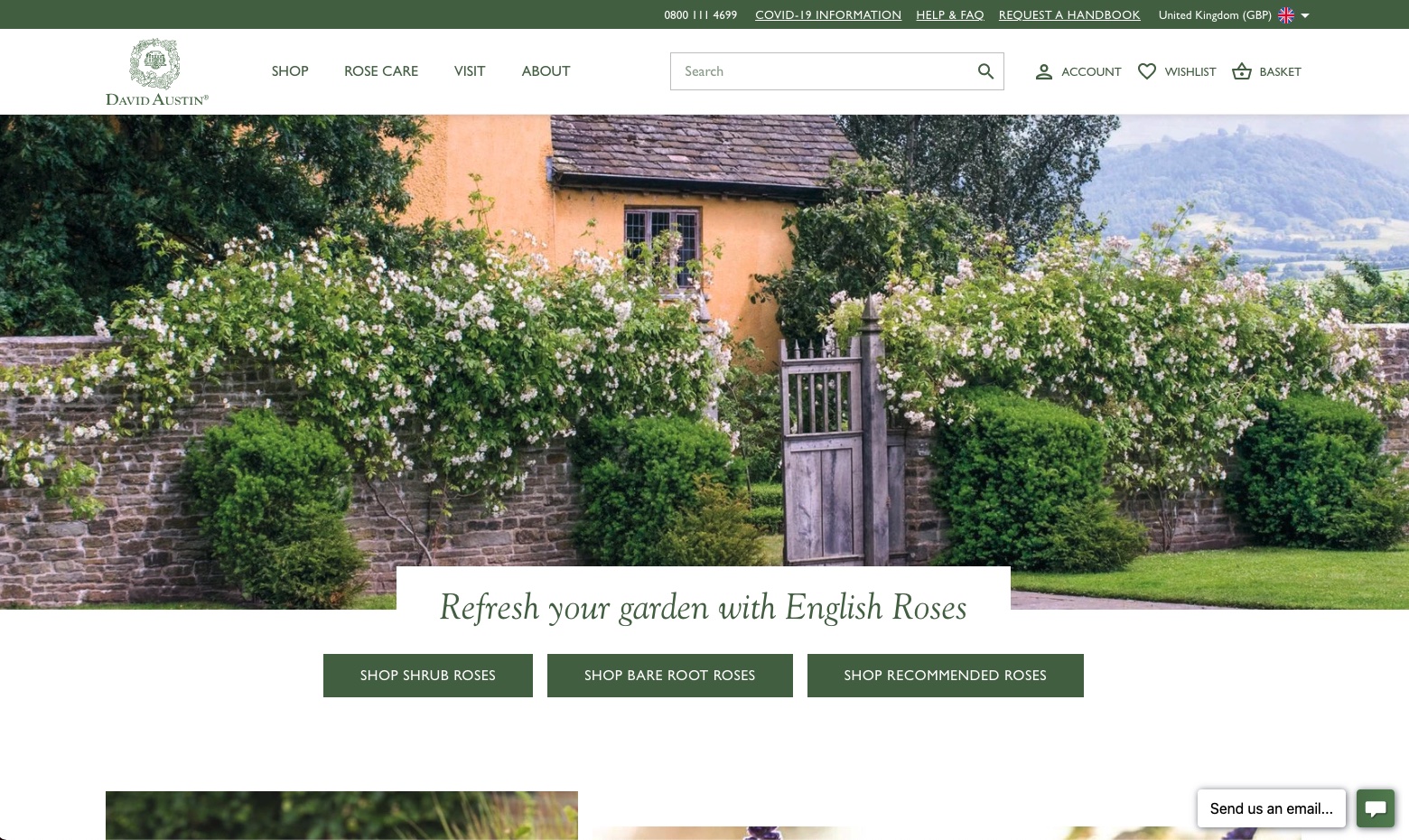 When B-Corp Finisterre moved to Shopify Plus from M1, they also put their migration into our hands. The technical and sustainable surfwear brand now enjoys a transformed online store, continuing to ride the wave of Shopify Plus. 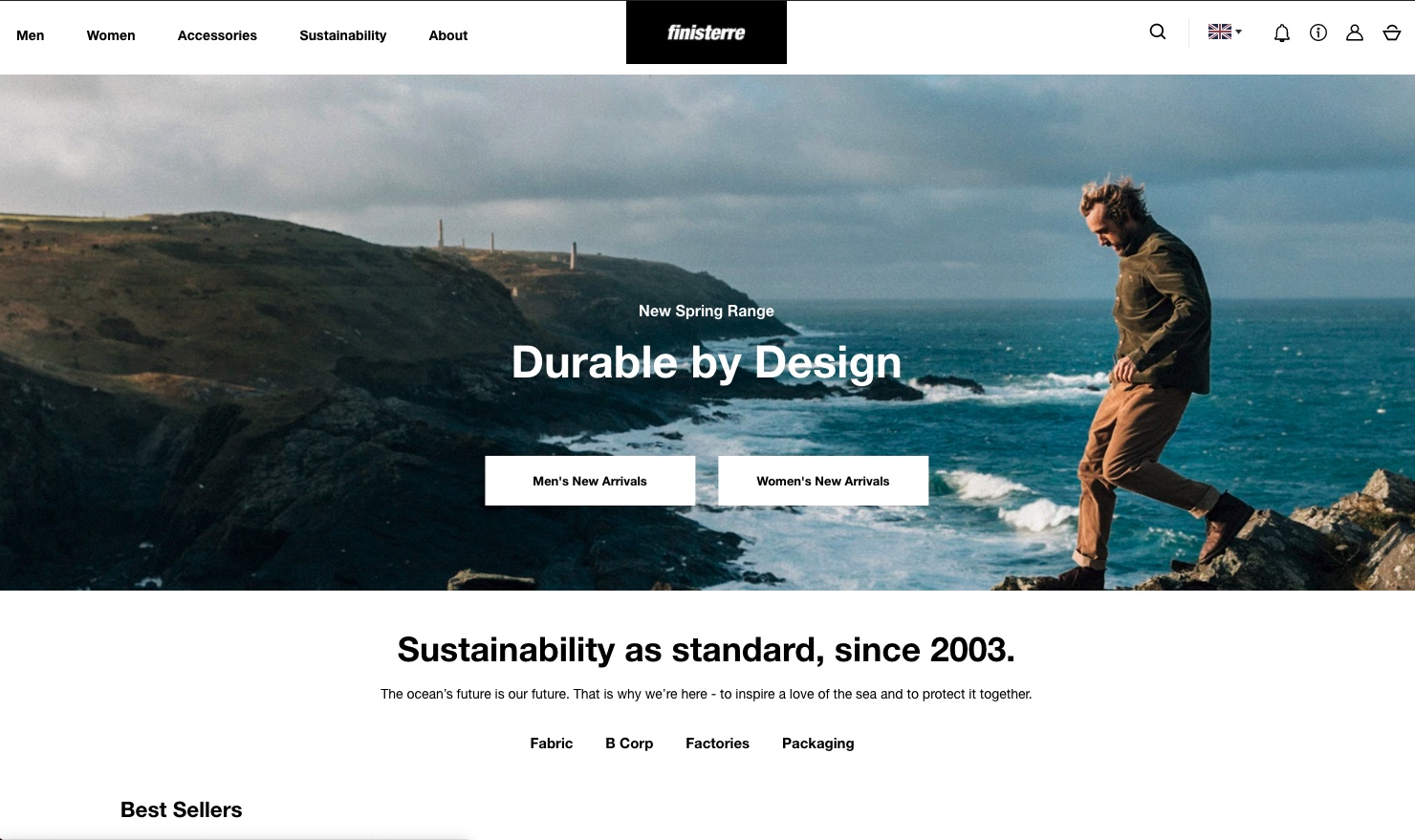 Bohemia Design was compelled by the benefits of Shopify Plus too. This brand partners with artisans around the world to create contemporary handcrafted goods — now sold through a more robust online store, on Shopify Plus. 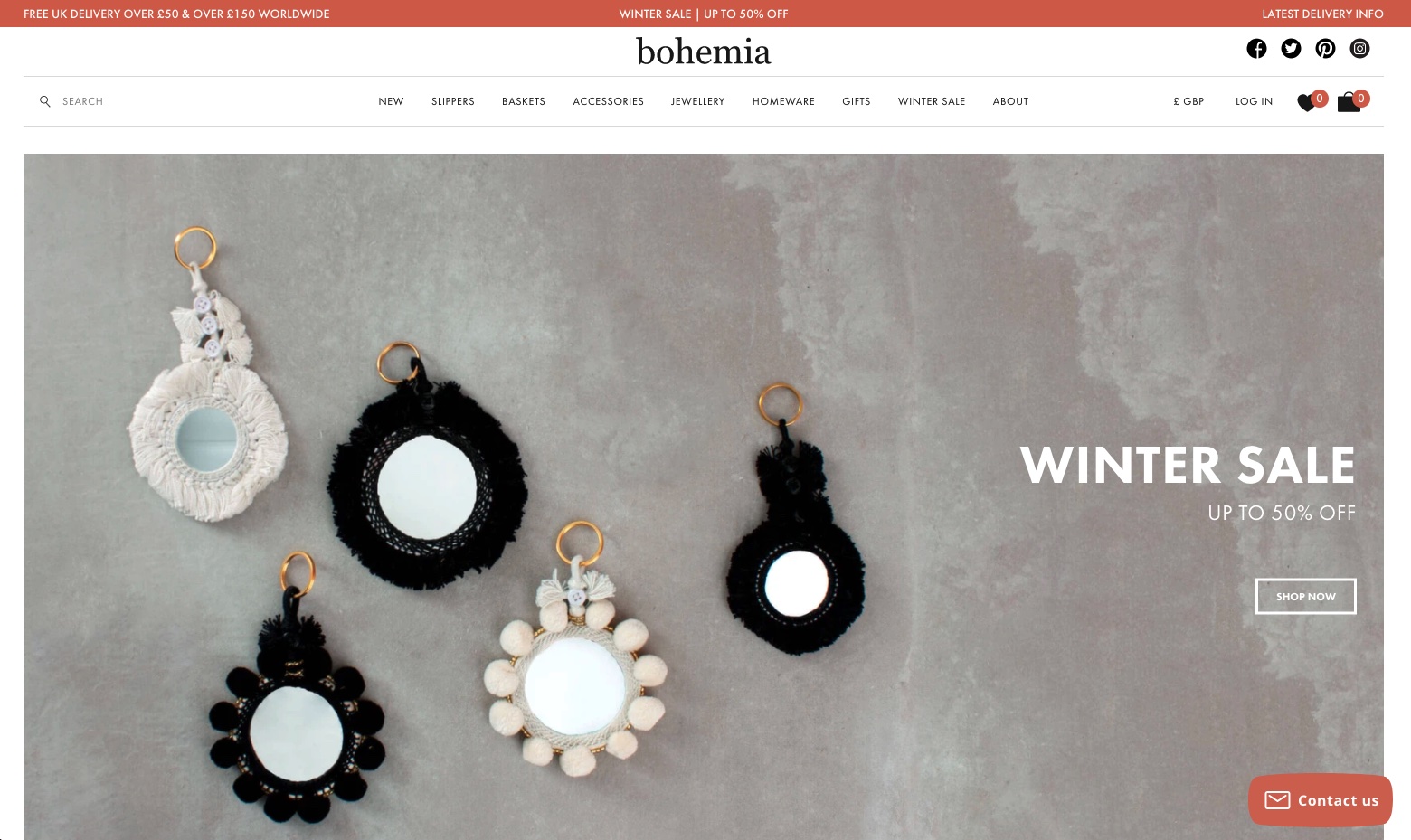 Next on the list is popular men’s grooming brand, Beard & Blade. A year after switching from Magento, the company doubled their wholesale and rocketed their DTC sales too. 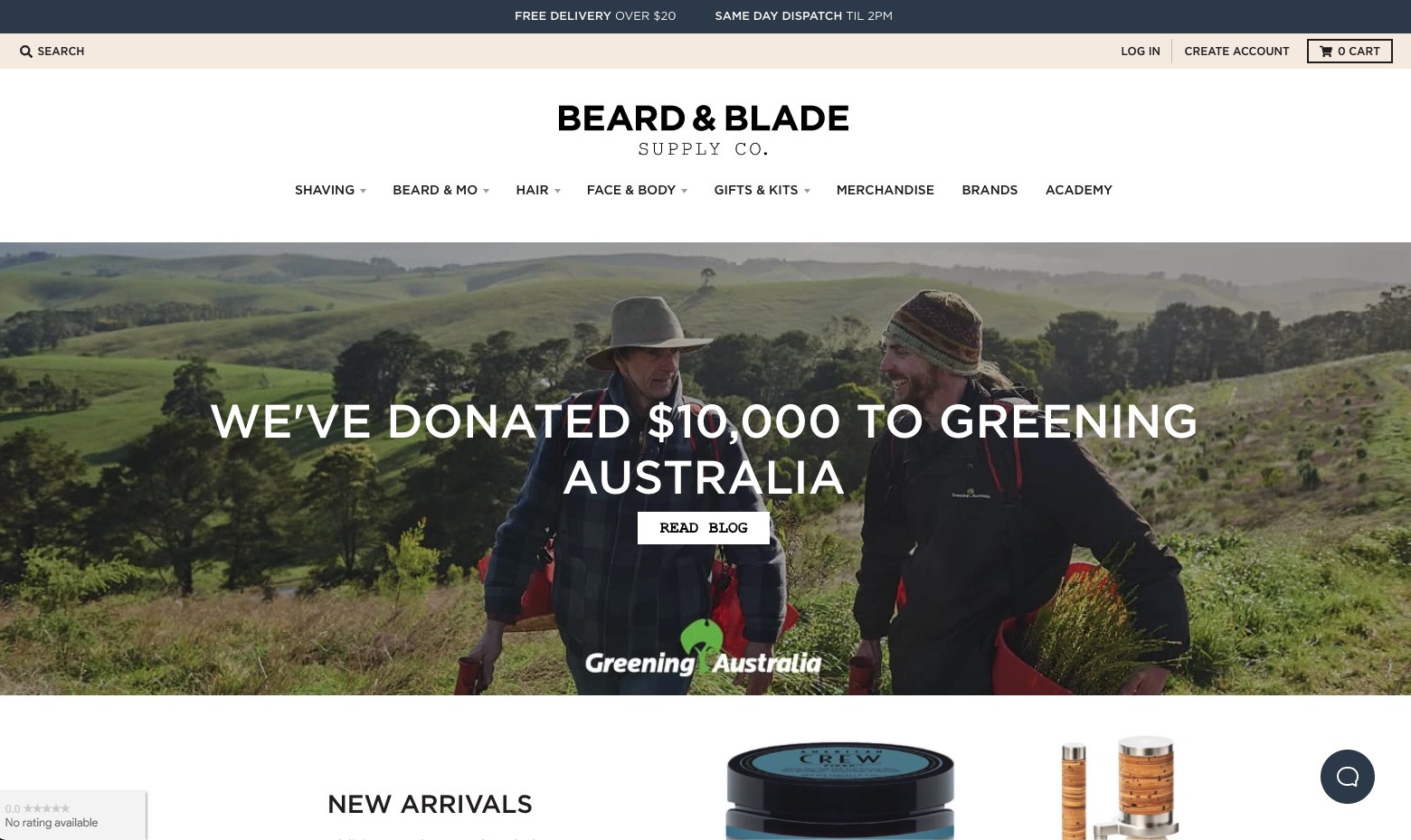 Last but not least, Puravida bracelets are another brand trusting Shopify Plus over Magento. Looking to scale, Puravida took their handcrafted jewelry from Magento and set up camp on Shopify Plus. 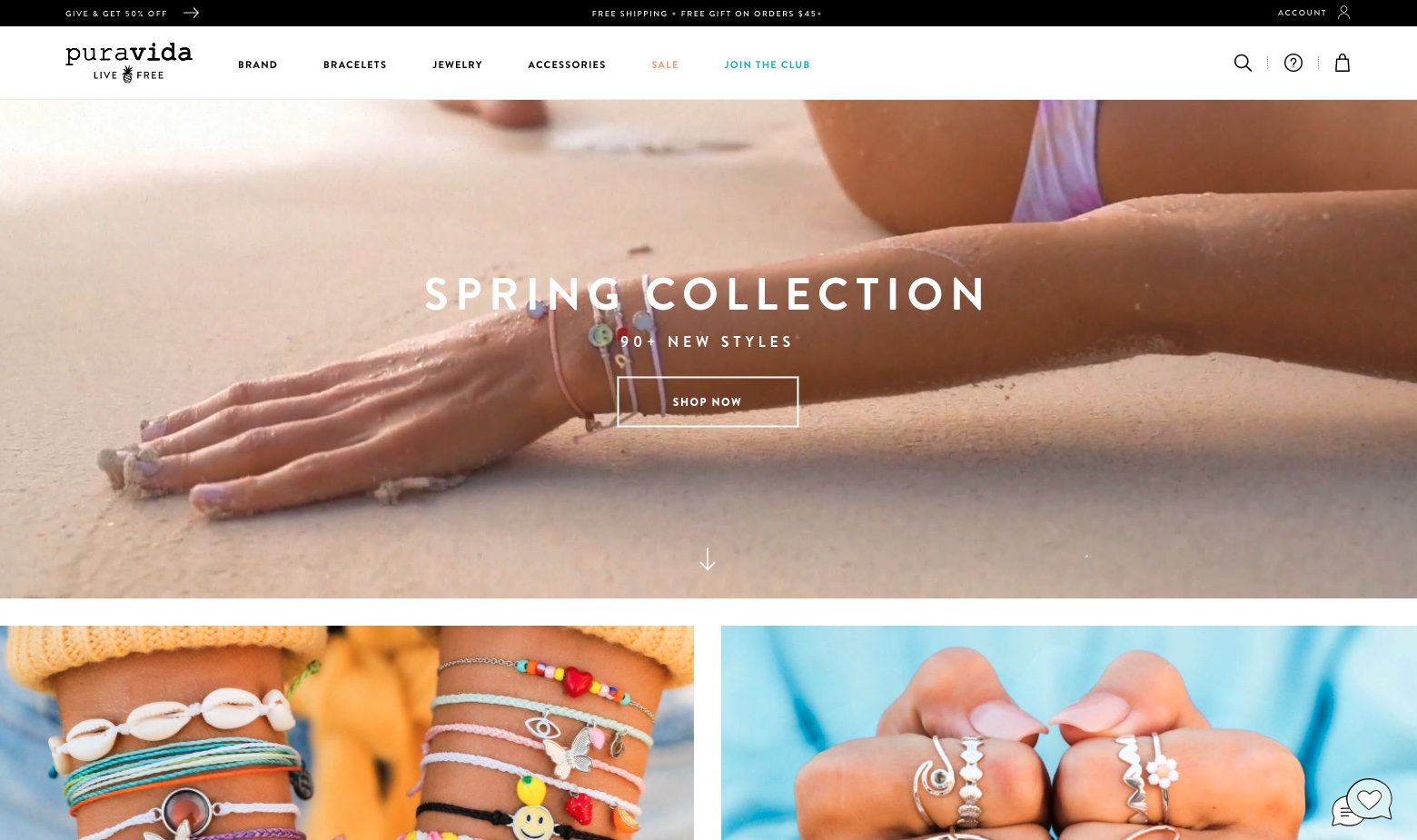 These are just a handful of brands who have upgraded their online retail from Magento, confident Shopify Plus is a better e-commerce solution. If you want to learn more about why this migration is such a popular choice, then let us point you this way: migrating from Magento to Shopify Plus.

Eve joined us in 2019 and has been distilling our team's technical knowledge into digestable content ever since. Aside from writing, Eve's also interested in comms, R&B music, EQ and human behavior.

Setting The Standard: How to Make Your Shopify Plus Store Truly Accessible

Shopify's Hydrogen and Oxygen - What You Need to Know

Migration: The Latest Brands to Join Shopify Plus

How to Sell Internationally with Shopify

Shopify Plus: Multi-Store vs Multi-Currency

CCPA and Shopify: What it is and How it Affects my Store

Everything you Need to Know About ADA and Shopify

Be the first to hear about what’s hot in e‑commerce and Shopify Plus. Straight to your inbox.

By providing your email, you agree for us to contact you via email with e‑commerce advice. Your data is stored securely and we never pass it on to third parties.